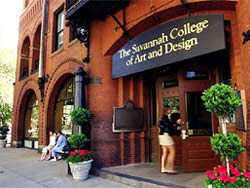 I got played. By an eighteen-year old. An eighteen-year old who was out to prove a point. Navigating college applications, acceptance and rejection letters, scholarships and financial aid has been the bane of my existence for months now. Since the day the boy was born I’ve had dreams and ambitions for him that didn’t necessarily mesh with the dreams and aspirations he had for himself. And that was okay because I was the MOMMY and I knew best and Mommy’s word was law.

There were three colleges the boy felt would be an ideal fit for him and his goals, all of them top notch institutions that any parent would be proud to have their child attend. Knowing my son as well as I thought I did I felt only one of them would truly be the ideal. As fate and the college-gods would have it, he was rejected by two and accepted by his Mommy’s first choice. Not only was he accepted but he received a substantial five-figure academic scholarship toward some extremely high out-of-state tuition. His Mommy’s dreams had hit the jackpot!

Of course I moved right into full bragging mode ‘cause Mommy’s baby boy had done damn good. I was gushing pride like a broken faucet gone haywire. Then a few weeks ago the boy announces that he’s not even sure he wants to go to college, believing that an alternate path might have been in his best interest. Mommy was not happy to say the least but hey, there was time for him to think it through. I understood his apprehension about leaving home for the first time. Being such a distance away from his family and friends. I understood and as he gave me the brief details of his alternate plans (which included a few community college courses, a job, staying home, forgoing the big scholarship, and maybe transferring to a larger university after two years) I said that I would support whatever decision he made trusting that he would make the right decision. Mommy’s decision.

Then he played me. Last night the boy announces that he’d decided to do the community college route and my reaction was less than favorable. I was like a wild woman on crack, fussing and cussing like I’d lost my mind. The boy retreated to his room in silence and I was left feeling disappointed and hurt. An hour later I realized I’d made a big Mommy mistake and I said so. I tucked my tail, dropped to my knees and apologized for my bad behavior, explaining that I’d allowed my disappointment to take control. I also told him I’d support his decision. I wasn’t happy about it but I’d support it. Then I poured myself a drink and wondered where in life had I gone wrong.

I cried on a friend’s shoulder this afternoon and took sound advice to talk to the boy again, this time being more passive in my approach. I was given some sound arguments to support my position and I went prepared to debate the merits of Mommy’s choice versus Boy’s choice. Ten minutes into my speech the boy starts to laugh, his head waving from side to side. “You’re so sad,” he says as he’s chuckling at me. When I asked him why, he said that it was time to let me off the hook. “I’m going to Mommy’s college,” he said. “I had already made the decision to give it at least one year,” he added as he handed me copy of his cancelled matriculation check. "I just wanted to see if you would really support any decision I made. And you failed miserably.”

And he was right. I had failed him even though I’d attempted to redeem myself after the fact. Then he said, “You need to trust that you raised me well. I’m not stupid or crazy, Mom. You didn’t raise no fool. I understand that opportunities like this don’t come along every day. I know that I need to take advantage of them when they do.” Then he hugged me and laughed again. “Gotcha!”

We had a great talk after that and what I realized is that I can let go. My baby boy needed to prove to me that I could trust that and that I could trust him and his decisions. And like he said, he might not get it right every time but he won’t get it wrong all the time. I’ve done what I set out to do and my baby boy is proof that I didn’t do too bad a job after all. He made a really good Mommy decision and he made it all on his own.
Posted by Deborah Mello at 7:19 PM
Email ThisBlogThis!Share to TwitterShare to FacebookShare to Pinterest
Labels: We Are Family