BLIND FOR SOME DICK 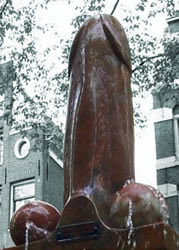 Miranda’s not seeing straight. In fact, her vision is so skewed it’s a wonder she hasn’t been declared legally blind. She blames everyone else for her bad choices and girlfriend has made some seriously bad choices. The first penis that broke her heart left her with a child and no support. She was only sixteen at the time. He was well in his late twenties. I’m still wondering why he didn’t do some quality time in a state penitentiary since she was fourteen when they first became involved, but I’ll leave that alone. For now.

Penis #2 came via an Internet connection. He had her instant messaging so fast that she lost her mind, moving herself to West Virginia to claim her a man. She left her child behind for someone else to raise, so not only did her baby lose his worthless daddy but his mother as well. But hey, love requires sacrifice, or at least that’s what Miranda would have us all believe. Wasn’t until she became pregnant with baby #2 that she admitted her sacrifice came at penis #2’s insistence. He wasn’t interested in being no baby’s daddy, not even the baby he’d donated sperm for.

But giving credit where credit might be due, penis #2 stepped up to the plate once little junior was born. Actually got a job, paid some bills and plotted out a future for his new family, minus baby #1, of course. Now at this point, Miranda’s vision had begun to seriously blur, focus drifting in and out. Desperate for something yet to be identified, she took up with penis #3, a penis who was broke, unemployed, and disabled but apparently still able to rise to the occasion.

Miranda apparently had the bigger set of balls when she moved penis #3 in with her and penis #2, the trio living amicably together. Apparently Miranda wasn’t lacking penis because it didn’t take long before baby #3 arrived kicking and screaming for some attention. Penis #3 claimed the child, moving Miranda and her two youngest babies from one end of the US of A to the other. Baby #1 was still left wondering whatever happened to his mommy and his daddy.

Miranda sees nothing wrong with the direction she’s taken herself in. All’s well in her small world because she’s got herself a penis who’s serving her well. Miranda can’t understand why her folks are having a problem with her and her issues. Asking my opinion didn’t help her much either. I recommended she get herself some new glasses so she can see straight. Miranda wasn’t interested in hearing that she needed to grow the hell up and act like a woman with an ounce of sense. She’s only twenty-four and she needs to get herself together before she’ll ever find herself a real man. She’s made penis her first priority though and all else is damned. She needs to think about her children and let all that penis go, but dick’s got Miranda so blind she just can’t see it.
Posted by Deborah Mello at 11:14 PM
Email ThisBlogThis!Share to TwitterShare to FacebookShare to Pinterest
Labels: Love Stories

I Lost My Mind Over The Dick would make a title.

Baby #1 may be better off without her.

It would make a good title, Monica!

Baby #1 is thriving. Unfortunately I can't say the same for his siblings.

I admit the photo caught my eye. Now that I've read the accompanying blog entry, I shudder to think at how many Mirandas there are in the country.

Hi, Bettye, welcome!
One Miranda too many if you ask me.