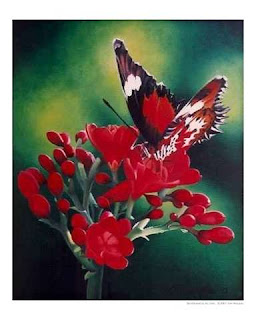 It's hot outside. Close to 90 degrees if not hotter. My kind of weather. For some reason, the day, the heat, just the mood wafting through the air reminds me of that 1970's song by the Starland Vocal Band, Afternoon Delight. It's one of those old catchy tunes that if you ever knew the lyrics to it, you can easily sing right along if it were to just start playing on the radio. Remember....

Gonna find my baby, gonna hold her tight, gonna grab some afternoon delight.
My motto's always been; when it's right, it's right.
Why wait until the middle of a cold dark night.
When everything's a little clearer in the light of day.
And you know the night is always gonna be there any way.

Thinkin' of you's workin' up my appetite
looking forward to a little afternoon delight.
Rubbin' sticks and stones together makes the sparks ingite
and the thought of rubbin' you is getting so exciting.

Now, my thinking of that song and humming it all morning long doesn't have a darn thing to do with anything at all. It's probably one of the most random thoughts I've had today but I can't get it out of my head now. Then again on some unconscious level I could be craving a few hours of wild, unadulturated, buck naked, done lost my religion, sex. Could be, but since it's an unconscious thought and I don't have to lay claim to it, I'll just deny it has anything to do with me at all.

While trying to navigate a new story line I asked a friend what was the craziest thing he'd ever done to be with a woman. He pondered the question for so long that I wasn't quite sure I wanted to hear the answer. Then he laughed and said something about crawling up under a house but he wouldn't elaborate. It would seem the moment wasn't pretty and the memories a whole other animal that didn't need to be disturbed.

The craziest thing I've ever done to be with a man was move to an island and marry him. There's little that's fascinating about that, nothing like pushing the envelope in the back storage room of one's place of employment or the front seat of an automobile parked at the airport. I've had some very interesting answers to that question but my own wasn't one of them. I'm sure that's a good thing and then again I wonder. Maybe that's why I can't get that darn song out of my head.

Posted by Deborah Mello at 2:22 PM
Email ThisBlogThis!Share to TwitterShare to FacebookShare to Pinterest
Labels: Me Myself And I