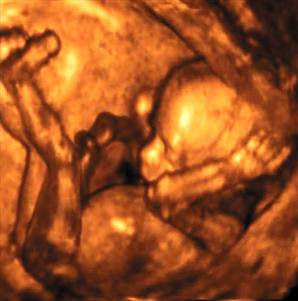 My dear old friend has been in the hospital. Old age has finally caught up with the man and his frail body just hasn’t been able to keep ahead of the chase. His children predict that he is quickly running out of time but something tells me that his days aren’t as numbered as they might like to think. The old geezer is putting up one heck of a fight and I imagine that he isn’t down and out for the count just yet. In fact, Mr. Ben is giving the grim reaper a serious run for his money.

He fussed me out big time for not coming to see him sooner. He didn’t want to hear that I came as soon as I heard he was ill. It seems that I should have heard the news sooner. Number One Son caught hell for that faux pas. I caught hell for failing to check up on him. Mr. Ben says he owes me a butt whoopin’ for that mistake. I imagine that if he could catch me I’d be in serious trouble.

Then he pinched his nurse. A few times. He was scolded and yelled at and he responded by reaching for her breast as she leaned to take his temperature. That mishap got his arms strapped to the bed. Under most circumstances I would have said that was cruel and unusual treatment. In Mr. Ben’s case, it’s well deserved. The dirty old man knows full well what he’s doing and he’s using old age and illness to try and get away with it. It seems that this is the second nurse and the second time they’ve had to strap him down this week. He thinks it’s funny, chuckling like he’d actually made a funny.

Mr. Ben’s lady friends have been visiting him like clockwork. Seems a few of the old gals get off on Mr. Ben and his touch and tickle antics. Mr. Ben’s been getting off on it too. The old bird might have some snow on his roof but there’s still one heck of a fire burning below.

They say death comes in threes. I hate that it has to come at all. There is an old wives tale in my family that with death comes birth. Historically when a loved one is lost, their passing is honored by the subsequent birth of a child. It wasn’t until I was pregnant with my baby boy that I actually paid any attention to the tale. I lost a beloved relative just weeks before my child’s birth. I remember the old people whispering about the passing on of souls. When my maternal grandmother died, my cousin was pregnant with her daughter, the child coming just weeks later. She lost her father shortly before the birth of her son. It has gotten to the point where we seek out who is pregnant when we get news of someone being ill. Some of the family take it so seriously that when another cousin was pregnant with her first child and we got news of a great uncle’s declining health, she was petrified that his soul would be passed down to her baby. The man hadn’t lived a good life, ostracized by most in the family. Folks were scared to death that the new baby would be doomed if it was uncle’s passing soul he inherited. Uncle is still around kicking up trouble. So is the cousin’s baby boy.

I’m not one for superstition, but if there’s anything to the family yarn, I imagine that the parent whose little one comes after Mr. Ben is definitely going to have their hands full. Mr. Ben bust out laughing when I told him so. Then he said that if he’d known he’d have kicked the bucket forty-odd years ago so that he could have been reborn and been around to give me a run for my money. Winked his eye and said it would have been so good to me I wouldn’t have known what to do with myself. Then he told us all not to go digging his grave too soon. Seems Mr. Ben has a whole lot of life left in him.
Posted by Deborah Mello at 3:23 AM
Email ThisBlogThis!Share to TwitterShare to FacebookShare to Pinterest
Labels: Mr. Ben