IF YOU PLAY, YOU PAY! 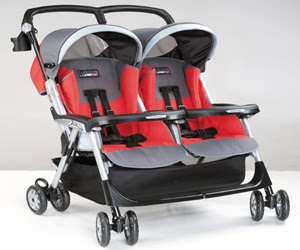 Robert’s been keeping a low profile lately, family and friends wondering what’s got him in such a slump. No one knew the Jerry Springer drama that has become Robert’s day to day existence, but doing what drama usually does, it’s gotten nasty and loud and Robert can’t do but so much hiding anymore. Robert taking a bullet in the leg was the first clue that the brother didn't have all of his stuff together. Sisters, Tara and Tasha, filled in the rest of the puzzle.

As parties go, Robert knew how to throw one hell of a good time. So good in fact, he couldn't even remember Tasha’s name when she woke up in his bed that morning. But girlfriend was all smiles, feeling better than good from whatever it was that Robert put on her. So good in fact, she couldn't help but brag to her sister Tara. Days later Tara figured since she and her sister shared everything else why shouldn't they share Robert. (Just some out and out trifling, nasty, uncivilized behavior if I do say so myself! How do you do what your sister just done?) Unfortunately for Robert, the brother didn't learn the first time that alcohol and a bitch in heat is a deadly mix. So deadly in fact that Tasha and Tara’s older brother is aiming for Robert every chance he gets. Only one of his first three shots hit their target the first time. Big brother promises that his aim will get better the next time if Robert doesn't step up to the plate to take care of Junior One and Junior Two born just days apart.
Allegedly, Robert's a daddy now with more baby mama drama than the law should allow. Tara had her baby first. Big sister Tasha's baby was born just days after. Both claim Robert is the daddy of their babies and Robert won 't claim anything until the DNA results come back. Probably the only smart thing Robert's done in this messy situation. But Robert's quickly learned that when you play, you pay, and it looks like he might be paying twice for the next eighteen years.
Posted by Deborah Mello at 11:59 AM
Email ThisBlogThis!Share to TwitterShare to FacebookShare to Pinterest
Labels: Love Stories