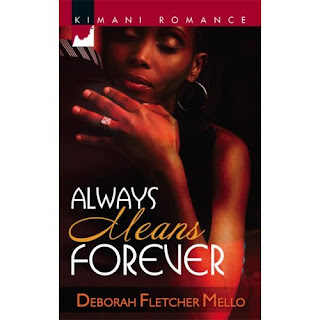 I’m not big on writing sequels. For me, once a story is done and finished, I’m done and finished with the characters. Rarely do I have any desire to go back to see what June Bug and Mary Sue have gone on to do with their lives. Hey, they ended happily ever after, why stir up mess that don’t need stirring? Die-hard romance fans though like good sequels. So, I wrote one and it came about quite inadvertently. It started with my book The Right Side of Love with Jeneva Douglas and Mecan (rhymes with pecan) Tolliver. That was a great book if I say so myself. I absolutely loved writing the scene where Jeneva’s wayward ex-husband tells her he’s remarried and has two kids with the new wife. Some of my best writing if I say so myself but I digress.

Anyway, Jeneva had two best friends and these two women really resonated with my audience. And thus, Roshawn Bradsher and Bridget Hinton each got their own book. Roshawn’s came first. Roshawn was hell on wheels, which made her story, Love In The Lineup, an absolute hoot to write. I had my girl down on her knees in the Dominican Republic following after her man, Angel Rios. And talk about a challenge! Imagine getting a condom on a brother while he’s skinny dipping in a swimming pool. That one took skills if I do say so myself!

And now Bridget Hinton’s story has finally hit the bookstore shelves. My book Always Means Forever, was officially released on Friday and Bridget and Darwin Tolliver (Mecan’s twin brother) finally hook up after much teasing over the last two books. But their hooking up didn’t come without its own set of challenges. I was moved to write a romance that had no sexual intercourse whatsoever, just a hotbed of sexual tension to leave the reader hot and bothered. Of course, Darwin’s lothario reputation and Bridget’s need for some good nookie really tested my resolve. But good golly, Miss Molly, what a little creative license will move a woman to do and do it I did. Bridget doesn’t necessarily get herself some but Lord knows she surely does get herself some.
Read the book. You won’t be disappointed.
Posted by Deborah Mello at 10:53 PM
Email ThisBlogThis!Share to TwitterShare to FacebookShare to Pinterest
Labels: Writers Corner