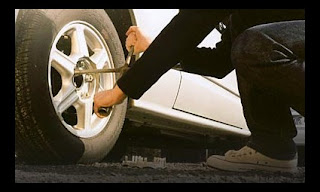 My father would have liked to have had at least one son. Instead, he fathered two daughters. I was his very prissy daughter. My sister was a tad more tomboyish. Daddy wasn’t much interested in our being girly-girls so we both were made to master “boy” skills growing up. My father wanted to insure we could take care of ourselves and not be dependent on a man to take care of us. For the most part that mindset had its benefits.

I know my way around a rifle. I can hold my own on a basketball court. I love boxing. I can navigate my way around a heating and cooling unit, and do a whole host of other “things” most females would probably never want to do.

My acquired skills have come in handy a time or two. The first time was in seventh grade when Charles Davis pulled my tube top down as we were exiting the school auditorium after an assembly. I kicked Charles’ butt all over that hallway, boobs bobbing up and down with each fist I threw. Charles got the best left hook and groin kick my daddy ever taught me. Everyone else got a great view of my teenaged breasts.

Later in life, working as a general contractor, I found scaling a ladder with a load of roofing shingles on my shoulders to be a piece of cake. I can install a new bathtub, wire electricity, and figure out what’s wrong with your washing machine.

I can also fix a flat tire. Sunday, while enroute to spend time with my very special friend, my front tire blew. Pulling off to the shoulder I wasn’t relishing the thought of pulling out the spare and changing the darn thing. My guy’s timing couldn’t have been more perfect. He called just as I was contemplating what I needed to do and deciding how I needed to do it. When I told him of my dilemma he told me to sit tight. He was coming to my rescue. Less than thirty minutes later I was on my way, following my friend home, my spare tire firmly in place.

I won’t lie. I liked having that man come to my rescue. I liked having a man change my tire. I really am not the kind of woman who needs to prove that I can hold my own against my male counterpart. I did that in seventh grade and Charles Davis had the bruises to prove it. Being a girly-girl has its advantages. Those boy skills may very well be handy but I really have no problem leaving them for the boys to do.
Posted by Deborah Mello at 7:18 PM
Email ThisBlogThis!Share to TwitterShare to FacebookShare to Pinterest
Labels: Me Myself And I