SITTING ON THE FENCE 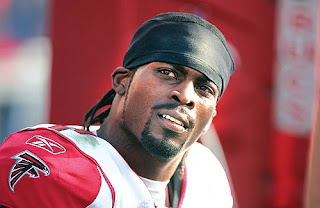 Those who didn’t know who Michael Vick was before most certainly know who he is now. Sadly it’s not his more positive achievements that have him headlining national news today. Vick’s illustrious sports career began in 1998 with an impressive start at Virginia Tech. He was the first freshman to ever win the Big East Player of the Year Award and in 2001 he was an early entry in the NFL draft becoming the first pick by the Falcons.

Fast forward to 2004 and Vick’s strides on the football field make him a $130 million dollar man. Right after that his downhill slide began. Four months after signing his multi-million dollar contract he was sued for allegedly giving a woman herpes. The case was settled quietly between the two. In 2006 he was fined and penalized by the football league for conduct unbecoming a grown ass man. Some $20,000 worth of fines for crying out loud! Then on July 17th of this year he was indicted by a grand jury for his alleged involvement with dog fighting.

After coming to a plea agreement where he admits sponsoring a dogfight operation and promoting a business enterprise involving gambling, Michael Vick will stand before a judge today and formally plead guilty. That same judge can actually give him some serious jail time. Then again, this being the first offense Vick has been found guilty of, he might just get a slap on the wrist. Highly unlikely though because too many eyes and too much money need to make an example of Michael Vick.

Dog fighting is a vile business. Most folks know I love my four-legged friends more than I love some people. I’ve rarely met a pooch I didn’t like. I’ve met many a man I couldn’t stand. Personally, I’ve always been of the opinion that a person who can casually harm an animal that can’t defend itself could easily harm another human without regard. But that’s just my opinion. 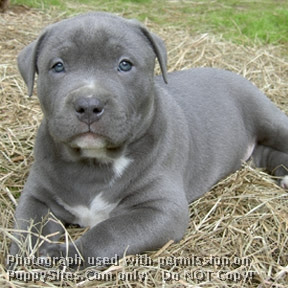 My father was an avid hunter. All of his friends were hunters. I grew up around men who had no issues with taking an animal’s life for sport. I abhorred the practice. I didn’t need or want meat that badly to justify them shooting Bambi and hanging her in the backyard. But hunters will gladly justify why they do what they do.

Folks have tried to justify Vick’s actions, as well. Some are concerned that the punishment will greatly exceed the crime. It’s fairly certain that his career is clearly over. And let’s not forget that Michael Vick is a black man in America. Black folks know well what can happen when a black man needs to be made an example of.

I’m on the fence with this one. Although I am sickened by what the man has been accused of I know that our judicial system has allowed far too many real criminals to walk easily away from their crimes. Just ask the pedophile registered on your block or the killer who barely did a decade in jail and is now serving you fries and a shake across the counter. Better yet, let’s talk to the politicians in your government office who’ve knowingly gotten away with crimes too heinous for some folks to want to remember.

Ignorance and stupidity for a man with Vick’s resources, who was raised by a single mother isn’t an excuse for bad behavior. Following a bad crowd of family and friends who didn’t have his best interests at heart isn’t either. Michael was clearly wrong. Certainly he should be made to answer for that wrong doing. I’m just not sure what that answer should be though.

My gut reaction is to string him up by his balls, give his testicles a jolt of electricity and see if he likes having his head shoved into a bucket of water with no regard for his life. Was a time that as a black man in America that would have been his punishment for simply being too black for a white man’s liking. He should be thankful that those times have passed. Unfortunately, they’re still going to string him up but at least they’ll pretend to have some regard for his life. And more regard for the poor dogs he destroyed so shamelessly.

And then I put a face to the crime. I know that he’s some mother’s child. I know his mother regards him far more than anyone else ever will. His mother is fighting for him. She didn’t raise him to be a monster and despite his actions I truly don’t think he is one. He made a grave mistake but then there are few of us who haven’t made some grand error in the course of our lives. I think he’s a young man who got too much too fast losing the best of himself along the way, but he can be redeemed. He can still have a bright and prosperous future. He can be an example for other young black boys to look up to. They can learn that mistakes can be overcome with fortitude, conviction, love, and support. He can be a better person if given the opportunity and rebuilding his future isn’t going to be as easy as stepping out onto a football field and throwing a ball.

I see his face and then I remember my children and my fight to keep them on a path of straight and narrow and then my gut does this flip. Emotion gives way to rationalization and I change my mind.

And so I sit, on the fence, saying a prayer for Michael Vick, his mother, and the poor pets who never knew an ounce of human kindness.
Posted by Deborah Mello at 12:43 PM
Email ThisBlogThis!Share to TwitterShare to FacebookShare to Pinterest
Labels: Rantings

Call me shallow - but looking at the pic of MV you posted - I keep thinking, what a beautiful black man . . . what a waste of a great talent.

Not a thing shallow about that. I agree wholeheartedly that MV is one "foine" speciman of beautiful black male. I am hopeful that this event will provoke a change of behavior and attitude.