GIVING A SHOUT OUT!

I am just so darn excited about all the good stuff people have happening in their lives right now that I could just bust! Instead, I'll just give them all a shout out!

Nichelle Tramble, the critically acclaimed author of The Dying Ground and The Last King had been regaling us with tales of her new writing gig. A writing gig for a new television show that she couldn’t name. But that just changed. Just the other day she was given permission to announce the name of the show. The new series, WOMEN'S MURDER CLUB, will premiere Friday, October 12th at 9p.m. WOMEN'S MURDER CLUB is based on the James Patterson novels. I’m so excited for Nichelle that I could just bust. I know I’ll be watching. I hope you will too.

Tina McElroy Ansa, the author of Baby of the Family, Ugly Ways, The Hand I Fan With and You Know Better done birthed two new babies. The first, DownSouth Press, is a new publishing company “created to publish and promote the literature of African-American people that will enrich, enlighten and edify the world.” So how cool is that! Her second newborn is high on my want list. Tina’s fifth book, Taking After Mudear, the sequel to her novel, Ugly Ways, will drop this fall. Tina’s writing has been such an inspiration. I have been in awe of her talent since I got my hands on her very first book. 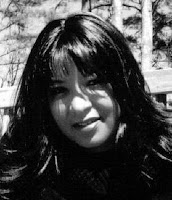 And last, but not least, national, best-selling author Deborah Fletcher Mello is eagerly anticipating the release of her eighth book, To Love A Stallion, coming February 2008. Until then though you shouldn’t miss her last novel, Always Means Forever, and for you sports enthusiasts, Love In The Lineup. Oh, hell, just read them all! You surely don't want to miss any of them.
And that’s my shameless promotional plug for the week!

So, please, support a writer. Buy a book. Go see a movie. Watch some television. And then let us know what you think about what we do.
Posted by Deborah Mello at 3:13 AM
Email ThisBlogThis!Share to TwitterShare to FacebookShare to Pinterest
Labels: Other Folks' Stuff

I am really looking forward to reading your book when it comes out in February 2008. Also I cannot wait to watch the Women's Murder Club and I will have to check out the book by Tina McElroy Ansa.

Thanks, Tiffany. I'm looking forward to the new book as well. It's a series starring four brothers.

I loved the book, The Hand I Fan With. And thanks for giving me more reasons to give in to my book addiction.

I will be by the tv on the 12th of October. I also, will be at the bookstore to purchase the new release of Deborah Flethcher Mello's book.

The Hand I fan with was one of my favorites as well, Mel. I can't wait for her next one!

Anon, thank you. I so appreciate the support.