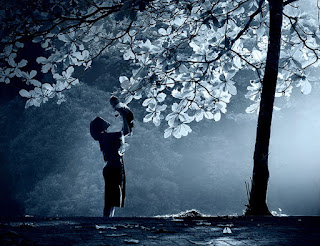 Did I ever tell you that I was a child from hell? I’m sure I did. I was every parent’s worse nightmare, the torment I put my folks through beginning shortly after my eighth or ninth birthday. I became disagreeable, argumentative, bratty, annoying and just out and out mean-spirited. Those were the good years. Then I hit my teens and all hell broke loose. I became completely and totally out of control. I would not wish a child like I had been on my worst enemy.

I was seventeen when I began to change things around. Interestingly, it was marrying too young and raising six children that moved me to reassess my wanton ways and walk the path of the straight and narrow. My babies moved me to be a better person. I was desperate to be a shining example for them to emulate and there was a time that my behavior was a far cry from being what I would want any child to model.

My own experiences though gave me much insight into how to raise my kids. I had a keen sense of what to do and more importantly, what not to do. I have incredible relationships with each of my boys, and interestingly the child who has challenged me the most was our only girl. They’re all grown now, four of them married with children of their own. And now my youngest, my baby boy, is spreading his wings and beginning to fly.

This weekend my child has been home for barely a two-hour stretch of time. For almost thirty-six hours straight I had not seen or heard from him. He waved goodbye to me Friday evening, climbed into a friend’s car, and fell off the face of the earth. No calls, no wandering back home, nothing. By hour twenty-seven I was too through. Now, with a fair degree of certainty, I knew where he was. I knew that he was relatively safe and in good hands but he wasn’t home and that alone wrecked the hell out of my nerves. I could fully comprehend what my mother had gone through because most times when I disappeared, she didn’t have a clue if I were safe or not, and truth be told now, most times I wasn’t.

As I admonished him earlier this morning about checking in periodically so that I could hear his voice and know that he was well, he laughed and dismissed my motherly concern. I was reminded that he was eighteen and would soon be off to college and as he subsequently added, “you really don’t think I’m going to call you every day from school to let you know where I am, do you?”

His older brother laughed too and told me to leave it alone. He reminded me that they had all done well and that baby boy would be fine too. Then he said, “It could be worse, Mom. Remember how you had been at that age?” He is so right. I have done a good job and I need to trust that like his siblings, baby boy will be fine as well. I’m just going to leave it alone and keeping moving forward because I do remember and I know that I really don’t have a thing to worry about. My own mother hadn’t been able to say the same thing. I owe that poor woman a big apology. Raising a child from hell says much about the strength of her character and if I do say so myself, she didn’t do too bad a job with what she had to work with.
Posted by Deborah Mello at 10:39 AM
Email ThisBlogThis!Share to TwitterShare to FacebookShare to Pinterest
Labels: We Are Family