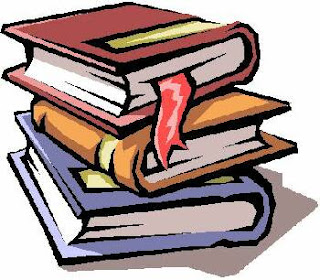 I swear people are talking at me and I’m not hearing a darn thing they have to say. It’s just a whole lot of blah, blah, blah going in one ear and out. I’ve also got major attitude and couldn’t tell you why. But everyone and everything has been annoying the hell out of me.

It started with an acquaintance’s idea of constructive criticism about my writing. She’s never written a book but had much to say about how I should be writing mine. When I’m writing I live my characters. I know what moves them and what doesn’t. I understand why they do what they do and why they don’t do what other folks might think they should. I mold and shape them and their story and allow them to control the dynamics of what does and doesn’t happen. So I’m not moved or motivated when someone who hasn’t a clue has the audacity to suggest what should and shouldn’t move the characters I’m writing about. In fact, I tend to get a little abstinent when that happens moving my characters as far from the suggested path as I can get them. I have to bite my tongue not to tell certain folks to go write their own damn book and let me write mine.

In this business publishers and editors like outlines, stories packaged neat and pretty with a bow on it so they know who does what when. These outlines are necessary preludes to a sale, a contract, and a manuscript’s acceptance. I don’t do outlines and when I’m made to do them I don’t do them well. I actually detest trying to do them because I know with a fair degree of certainty that I don’t know how my story is going to progress or end until I’m finished with it. I have yet to actually stick to an outline I’ve ever submitted. In the past I’ve been blessed with editors who understood and accepted my eccentricities, allowing me to just write what I needed and wanted to write. I never disappointed them and never felt as if what I wrote was being manipulated and controlled by someone without a clue. But times are changing and the dynamics of how I do what I do and what I’m allowed to accomplish have begun to shift. The question now becomes whether or not me and my writing can shift with the tide or if we’re going to be left out here floundering on our own.
Posted by Deborah Mello at 11:04 AM
Email ThisBlogThis!Share to TwitterShare to FacebookShare to Pinterest
Labels: Writers Corner