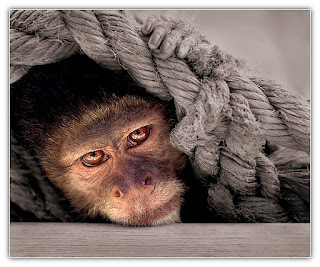 I was tired. So tired that I took to my bed this afternoon to vegetate the day away. I was tired because being angry uses a lot of energy and I’ve been angry for a day and a half now. I realize that what I feel isn’t really anger, but hurt. I’m hurt. My feelings have been bruised and usually I have a very thick skin so I don’t know why this is bothering me as much as it is.

I feel slighted by a good friend and I’m not quite sure slighted is the right word for me to use. This person didn’t necessarily do anything to me and what I’m angry/hurt about wasn’t intended to be malicious. I understand all this and could rationalize it for days but it stills stings and I do not like the feeling.

I’m sure my friend’s actions came from a good place, and like I said it wasn’t something done to me, but more about what my friend wouldn’t allow me to do for her. I know her well enough to know that she hasn’t given a second thought to her actions, probably believing that what she did to usurp what I imagined myself doing was the best thing for us both.

I wish I could explain that not only wasn’t it the best thing for me, but had she bothered to ask she would have discovered just how important doing something for her was to me. I had needed to do this more than she will ever know. Since we’d discussed it briefly many weeks ago, I thought she knew my intent. I thought my actions had conveyed such but apparently I was wrong. Interestingly enough, I’ve been wrong about a few things lately.

I asked another friend what they thought about the situation. I was told to let it go. This thing that was done wasn’t about me so I need to stop trying to make it so. This isn’t the first time this other friend has put me in check about my attitude toward something. This person shoots straight from the hip and adeptly cut right through all my crap and made me see past my own stuff to what was most important.

So, I’m letting it go, and to be perfectly honest, I feel better for doing so already.
Posted by Deborah Mello at 9:53 PM
Email ThisBlogThis!Share to TwitterShare to FacebookShare to Pinterest
Labels: Me Myself And I