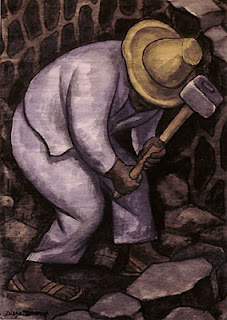 It’s hell when you’re craving conversation and you can’t get anyone to talk to you. I realized after hanging up with a friend, our conversation barely lasting five minutes as he wished me a good night, that I was really in a mood to talk to someone and he was clearly not interested in talking to me. Other folks were out and about, not answering their telephone and I was feeling a little lonely. Actually, I was feeling a lot lonely. Even my baby boy wasn’t interested as he took off to spend the night with friends, clearly uninterested in talking to his mother. And so I called Mr. Ben to see how he was and he invited me to his house to shoot the breeze with him over a cup of coffee. Not only did he have coffee but also a decadent chocolate cake that one of his lady friends had made for him. It took one bite of cake and a sip of coffee (I swear he spiked it) and I was feeling a whole lot better.

Mr. Ben has more wisdom packed in his wrinkled little finger than most folks will ever know in a lifetime. That old man read my mood, diagnosed my problem, and told me everything I needed to hear before I could reach for a second piece of cake. With a little help from my dear friend I suddenly realized that what I had perceived to be a problem was actually a blessing. I’ve been so busy trying to pick it apart, find fault with it, rethink it again and again, that I didn’t bother to just step back and look at it for not only what it was, but what it could possibly be, if I just let go, and let God. Mr. Ben, in all his simplicity, afforded me the opportunity to find a quiet moment of clarity to actually hear the answers I’ve been praying for.

Then he had me laughing until tears were streaming down my face. I can only imagine that with some of the antics he gets himself into now, what he must have been like back in the day. And clearly back in the day, Mr. Ben was quite the character.

Mr. Ben is a pretty man. As I traveled back in time with him through his family photo album I realized just how pretty Mr. Ben had been. He and his late wife made a striking couple but Mr. Ben was the prettier of the two and he knew it. He didn’t mind letting everyone else know it either. Mr. Ben readily admits his failings as a husband and a man and I hope that his wife was blind to some of his shortcomings. I can only imagine the hurt she must have experienced over those failings she did see. And even though Mr. Ben admits to doing her wrong more times that anyone would care to count, he will swear unequivocally that he has never loved any woman the way he loved his wife.

As I was leaving, I stopped to ask Mr. Ben about a pile of rocks that littered his front yard and the beginnings of a stone wall that appeared to have been left unfinished. It seems his father had been a stone mason of sorts, the man’s masonry work adorning a significant portion of Chapel Hill, NC. Mr. Ben learned the craft from his dad although after he got grown, he refused to do such to earn a living for himself. He didn’t want to work as hard as his father had worked for the little his father had earned. Apparently, it’s one of those life choices Mr. Ben has come to regret. The wall in his front yard has actually just been started, Mr. Ben and his son recently taking on the project. When I asked him why, Mr. Ben paused and then said, “because I can”. Then he added that he thought his own father would have liked to see another generation doing what he had loved so much.

Mr. Ben shared story after story that I will eventually pass on. I told him that I would write about him and share the tales he has shared with me. He questioned why I would want to bother with an old man like him. And I told him. “Mr. Ben, because I can.”
Posted by Deborah Mello at 11:24 PM
Email ThisBlogThis!Share to TwitterShare to FacebookShare to Pinterest
Labels: Mr. Ben