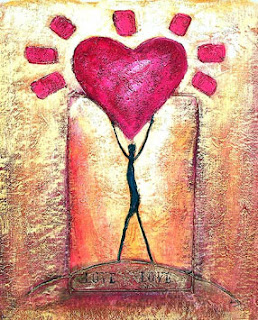 Ms. Betty readily admits that she made some really bad life choices. She was barely fifteen when she fell in love. Head over hills, had her slapping her mama it felt so good, in love. The object of her affection however was significantly older than she was. So much so that her daddy put them both on notice. He was off limits and if the man wanted to live a long and full life, then he had to stay as far from Ms. Betty as he could. Needless to say, neither Ms. Betty or her man paid any heed to her daddy's words of wisdom.
Ms. Betty was sixteen when she became pregnant with her first child. Fearing that her father would do her honey some harm, she maneuvered to put the pregnancy on someone else, a boy closer to her own age who'd had his eye on her. When her daddy found out, he did what they did back in the day. Grabbed that shotgun by the front door and let the two mamas arrange a nice family wedding, quick and fast. Devastated, Ms. Betty's true love went his own way and married himself a nice girl who lived next door.
Fast forward some twenty-odd years. Both Ms. Betty and her husband have raised three children together. But both are miserable. Over the years they drowned their misery in alcohol and abuse. Clearly they are a family whose many dysfunctions began with one big, bold lie. On the other side of town true love and the girl next door aren't fairing much better, unhappiness a common thread they all share.
Ms. Betty's wake up call came after the death of her husband and an illness that nearly had her meeting her own maker. Ms. Betty sobered up good and clean and then started to deal with some harsh truths. And she made a decision that would change the dynamics of all their lives. Ms. Betty went after her man. She was a woman on a mission and no one, not even her daddy or the girl next door, was going to keep her from having what she wanted.
Ms. Betty and her true love recently celebrated some thirty years of marriage, the second for them both. They have six children between then, the oldest and youngest theirs together, and two from his first marriage and two from hers. Both are thriving, just absolutely giddy over how things have changed for them. Even the girl next door actually found herself some happiness. I asked Ms.Betty if she had any regrets. She answered, only one. She regrets she made the bad choice that lost her twenty-odd years with the love of her life.
Posted by Deborah Mello at 1:57 PM
Email ThisBlogThis!Share to TwitterShare to FacebookShare to Pinterest
Labels: Love Stories