GOING ALL THE WAY 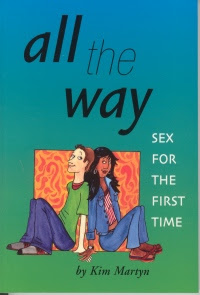 There’s something overwhelming about the lightest caress that leaves you thoroughly heated, as if the hand that just brushed against your knee held lighter fluid and a match in the fingertips. The feeling of that special someone stepping behind you, just close enough where you can feel the heat from their body but not so close that you actually make contact. It’s a sensation that is so intense that you feel as if you might actually combust from the magnitude of it. When kisses are so sweet, so overwhelmingly intoxicating that not only can’t you breathe, but you forget your name, the time of day, and the fact that you’re standing in the middle of a crowded room with every eye on you. That’s what Joely says it’s like for her and Carl.

Joely and Carl are enjoying their new relationship. They were good friends first and recently allowed their connection to transition to something more. After weeks of trading some extremely passionate kisses and caresses, both are ready to take their intimacy to a whole other level. Joely says the prospect of going all the way is just like Christmas day when you were little and still believed in Santa Claus. Seeing the pretty presents all wrapped up under the tree and spotting that big one with your name on it. It’s the anticipation of finally being able to tear off the pretty paper to see what surprises lie inside. She’s petrified that the anticipation has been so overwhelming that they will both be disappointed by the present inside. She imagines that Carl may have some reservations as well. Then she wonders if she’s just over thinking the whole thing.

Although Joely jokes about what might go wrong, you can see the excitement in her face. It shimmers in her eyes and when she says Carl’s name you can hear the desire in her voice. Together, they’re like love struck teenagers about to combust. That alone tells me when the moment happens for them, it will be the best of everything either has ever imagined.
Posted by Deborah Mello at 11:27 PM
Email ThisBlogThis!Share to TwitterShare to FacebookShare to Pinterest
Labels: Love Stories