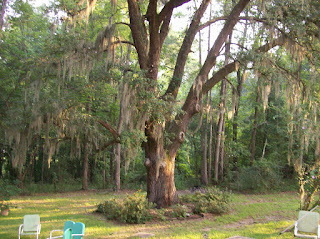 Wow! I am in awe of this place I have found myself in. Double WOW! I have had my hands full for some time now. Finishing two books and meeting my deadlines have been at the top of my to-do list. Putting together a kick-ass fundraiser has also been way, way up there. And then suddenly, drama decided to make a pit stop at my front door.

First, I had an issue with a relative. The woman pushed my last button and she doesn’t know just how badly I want to whoop her extremely wide behind. I still might if she doesn’t get her head out of the crack of her behind and recognize that family is about other people and not the world revolving solely around her. My mother defended her actions by saying she is “going through some stuff”. I had to remind my mother that we all are and our relative’s “stuff” doesn’t’ even begin to compare. Our “stuff” got thrown at us without warning. The relative has been picking up her “stuff” by choice and she didn’t have to make the decisions she made. She had options. We didn’t.

Then I had an issue with two individuals I won’t even bother to categorize as acquaintances now. Other people have been pointing out their shortcomings for years. I continually gave them both the benefit of the doubt, wanting our friendships to work. Then they both kicked me when I was down. I still have the bruises to show for it. They no longer have me for a friend.

My grandmother has been a challenge unto herself. Last week we had to tell her that she will not be coming home. The decision finally had to be made to move her from the rehabilitation center to a permanent nursing home. She was not happy and she is still making sure I know it, haunting me in my dreams at night.

And then I went on a relationship ride like I’ve never traveled before. When the trip started my very best friend and I were riding two separate horses headed down very different paths. Then just like that something clicked and there we were, sitting hand in hand on the same stallion, headed in the very same direction. I didn’t know a trip could be so sweet. I saw light at the end of the tunnel and for the very first time I knew exactly where I was going to find myself when all was said and done.

The last time I found myself so at peace I was standing beneath the large oak tree on my late grandparent's farm. It was heavy with moss, the morning air was as still as death and I was crying a prayer skyward. Out of the blue a single of ray of sunshine hit my face and then just like that I knew no matter what, everything in my small world was going to be well.

I am in this incredible place and even with the drama I didn’t know things could be this good.
Posted by Deborah Mello at 12:26 AM
Email ThisBlogThis!Share to TwitterShare to FacebookShare to Pinterest
Labels: Me Myself And I

Hang in there, prayers are being sent your way.
Bridget

Love you much!!! And thank you. I can use every prayer I can get.