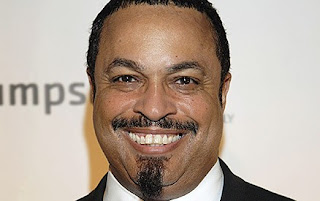 It's hard to fathom any loss, but when we lose one of our own, it is particularly heartwrenching.

Best-selling author E. Lynn Harris has died. He was 54. Harris was on tour, promoting his 11th novel, 'Basketball Jones,' which involved an NBA player and his gay lover. His personal assistant confirmed that his health had declined but would not provide details as to what caused his death.

A cheerleading sponsor and coach at the University of Arkansas and a passionate Razorbacks fan, Harris' books dealt with black gay culture. More recently, the Detroit native served as a visiting professor in the English department at the university.The former IBM executive had just celebrated his 54th birthday on June 20.

I had the pleasure of meeting him years ago as he was thoroughly enjoying the fruits of his success. At a local booksigning, in a room packed with fans, I was able to ask him a question, wanting to know his advice to aspiring authors who wished to garner the success he had. His cutting response was that aspiring authors should just write because it was what they loved to do. He stated that few of us would ever garner that type of success so we shouldn't be writing for that reason alone. At the time I wasn't sure how to take his comments, but eventually I saw it as a challenge to prove him wrong.

My condolences to his family.
Posted by Deborah Mello at 5:50 PM
Email ThisBlogThis!Share to TwitterShare to FacebookShare to Pinterest
Labels: Tribute