WHERE THEIR BEST LOVE WAS FOUND 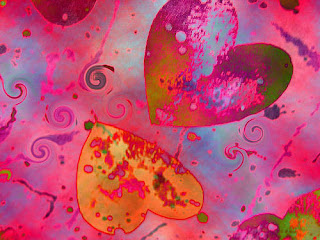 Mr. Ben and I met many years ago. We worked for the same employer. Back then Mr. Ben had already passed the age of retirement. Unfortunately, like many persons his age, retirement was not an option if he wanted to eat on a regular basis. He was uneducated, unskilled and his failing health and just the dynamics of old age limited what he was actually capable of doing. But Mr. Ben had been with this employer for over fifty years. He was a much-loved fixture of sorts and the owner of that business, understanding the nature of Mr. Ben’s circumstances, cut him much slack. What Mr. Ben was employed to do, we actually found others to do for him. It was through the generosity of caring individuals that Mr. Ben continued to get a weekly paycheck. That company continues to provide Mr. Ben with a small stipend just to come in once a week and say hello. I loved that job. I loved its owners and managers. I had great respect for what they did for their employees. It was a company, of sorts, that always put its people first, knowing that everything else would inevitably fall right in line.

Mr. Ben has seven children. His only son retired from a very prestigious city position recently. Mr. Ben’s six daughters haven’t lived their best lives and rarely keep in touch with their father. Only two seemed to have found some stability, but they and their families live too many miles away. The other four have battled drug abuse, prison, and other assorted ills too numerous to count. I saw Mr. Ben cry once, wondering what he could have done for their lives to have been different. I have heard him question whether or not he was a good parent. I’ve witnessed his son assure him that he was the best father any child could have ever asked for. He kept them fed and clothed, kept a roof over their heads, told them they were loved and made sure they had the opportunity to go to school and be educated. He proclaimed his father's only failing to be having spoiled his girls senselessly. But as the son said, Mr. Ben’s heart was “where their best love was found.”

The son has recently assumed full responsibility for his father’s care. He brought Mr. Ben to see me this week. The son is very much his father’s child. Together, the duo is quite a handful. A dirty old man and his very dusty sidekick. Mr. Ben was excited to give me an opinion about my book. “I got ‘cha now, Sug!” he exclaimed excitedly, a very toothless grin filling his face. “But you don’t know nothin’ about romance,” he was quick to add. And then he proceeded to tell me about all I didn’t know. Seems that back in the day, Mr. Ben had more than a few tricks up his sleeve. From all the son said, the late Mrs. Ben was one happy, happy woman.

I’m in the middle of writing a new book. Mr. Ben has truly redefined romance from the male perspective. He’s also tossed some great fuel onto my creative fire. I can’t wait until he comes back again next week.
Posted by Deborah Mello at 2:21 PM
Email ThisBlogThis!Share to TwitterShare to FacebookShare to Pinterest
Labels: Mr. Ben

I have read all your blogs, and enjoy the occasional note about Mr. Ben, and have often wondered as to his background, so this entry must've been for me :)

Thank you! Mr. Ben is quite the character. I absolutely adore him, even when he's being fresh. Mr. Ben is a wealth of walking history and I fully intend to share many more of his stories every chance I get.