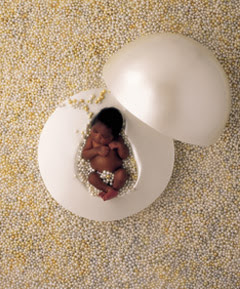 We have a new grandbaby! A little girl weighing in at five pounds, four and one-half ounces. Her parents named her after an empire. They just spelled it different. I swear I’ve had to ask three times now what the new baby’s name is. The last time my child’s response held just enough attitude that I won’t be asking again. Instead, I’ll crown this new jewel with a nickname and just let it be what it’s going to be.
My late father-in-law had so many grandchildren that after a while he just refused to learn their names. Instead, he would call them all “Bill”, even the girls. There was never a funnier, laugh-out-loud moment than when he’d call, “come here, Bill”, and seven or eight little kids came running like their little lives depended on it. The first time my youngest child went to visit, he tried for days to convince “Papa” that his name wasn’t “Bill”. By the end of the visit, he was answering to “Bill” like all the others.
This baby is grandchild number nine. I’m planning on dispensing out birth control at our next family reunion. This is my husband’s fault. He was one of seven children. He fathered six. For some reason our offspring seem to think they need to keep up with their old man as if he’s set a world record they each need to try and beat. And we still have two children that haven’t even gotten into the race yet. All of these grandbabies are starting to age me and truth be told, the retirement I envisioned with our grandchildren running to and fro is starting to look like a Chucky Cheese promotion gone bad.
One of my sons is visiting with his two kids right now. The youngest is four. She’s grandbaby number seven and she’s an absolute delight. Pretty as a picture and as mean as spit. This child is a ball of fire and I can’t wait until she hits her teens. My kid isn’t going to know what hit him. I’ll remind him then of that moment in our basement when he was sixteen and the little hussy was crawling out of the window when neither thought anyone would know. I told him back then that one day he’d have a child of his own to turn his hair as gray as he turned mine. That day is soon coming and I personally, can’t wait!
Baby girl and I have been having a blast together. The child had me playing hoola hoop in the center of Wal Mart this afternoon. I was laughing too hard to be embarrassed. Of course when I tried to revive some semblance of adult decorum, she called me a “doo-doo head” and gave me a pinch that made my eyes water. Shocked her good when I pinched her little butt back. And no, I really didn’t push her into that beanbag chair. She tripped over my foot all on her own! The hubby says I’m bringing her into some bad habits, but what does he know. Like the munchkin is fond of saying, “Papa don’t know no girl things!”
Can’t wait to get my hands on the new baby. Me and the munchkin definitely have a few tricks up our sleeves to share with her. Her mama may call her a dynasty, but I’m starting to think that “Bill” might actually have a nice ring to it after all.
Posted by Deborah Mello at 11:51 PM
Email ThisBlogThis!Share to TwitterShare to FacebookShare to Pinterest
Labels: We Are Family

You are too funny! I love the "Bill" thing. I'm not a grandparent yet, but you definitely make it sound like something worth looking forward to. Enjoy your new baby girl! Whatever her name is :)

Congratulations on the new grandbaby!!! Your granddaughter reminds me of my niece :) She is something else and I tend to spoil her rotten.