LOVE IS A MANY SPLENDORED THING... 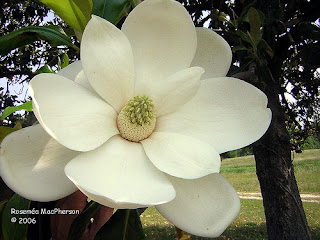 Love may well be a splendored thing, but it can also be something else altogether. Deirdre (not her real name) and Harry (not his either) have been a couple since she was nineteen and he was twenty. They have been in a relationship (or semblance there of) since they met in 1970. Shortly after meeting, Deirdre became pregnant with her only child. The daughter, who unfortunately was not fathered by Harry, soon became the light of his life. For years, Harry tried to move heaven and earth to give Deirdre everything her heart desired. Unfortunately, it was Deirdre’s heart that proved to be the thing most unmovable. After numerous marriage proposals, so many that folks have now lost count, Harry could do nothing to get Deirdre to feel for him what he felt for her. But Harry endured because of the daughter that he had claimed and raised as his, holding onto hope that one day Deirdre would be his as well. The daughter, now an adult, watched these two people pretend to be happy for her sake and it was only when Harry found love elsewhere that his child understood that love wasn’t always what it seemed and could be more than even her mother could have imagined.

While telling me her parent’s story I was moved by the daughter’s trust in love and her belief that such a thing is possible. I had expected some sense of disappointment and doubt after having experienced the tragic sadness of her parent’s love story. I had imagined that seeing her father now living the dreams he had once had for her and her mother with another woman and another child might have soured her toward love and relationships, but such was quite the opposite. Her heart is heavy for her mother’s losses, the woman living a sad and unhappy life because of the choices she made for herself. But it soars for the light that gleans in her father’s eyes when she is witness to the relationship he now shares with his new wife. The daughter understands that love can indeed be as splendid as one is inclined to let it be, or not.

Raymond has worshipped Yvonne since the beginning of forever. No other woman has captured his heart and soul as she has. Yvonne’s heart is elsewhere, pining after a man whose love is neither obsessive nor as intense as she would wish it to be. Yvonne has grown weary of waiting for the man who owns her heart. Settling for Raymond has become an acceptable alternative. It would seem that a man with insurance benefits, who will love her like no other man is now loving her, is better than no man at all. I do not see splendor in Raymond’s future and I predict something far worse for Yvonne’s. Something that borders too close to sad and unhappy because of choices made for very wrong reasons.
Posted by Deborah Mello at 6:25 PM
Email ThisBlogThis!Share to TwitterShare to FacebookShare to Pinterest
Labels: Love Stories