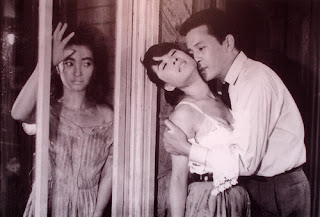 They have been acquainted for a lifetime. For most of those years she considered him to be her very best friend in the whole wide world. Together they navigated high school, college, her marriage and then his. They were godparents to each other’s children, helped bury each other’s parents, and shared the various stages of their lives with each other.

When her husband left her for another woman, he held her hand and told her things would one day be okay again. When he went back to school, she encouraged him to reach for his dreams. They supported each other because they were best friends.

Then he began whispering into her ear that they should be more. His friendly touch became something other than friendly. His calls always alluded to things they could do to and for each other that had nothing at all to do with being friends. But he still had a wife and a family and no interest in changing that dynamic in his life. He wanted to cheat and he wanted to cheat with her.

She laughed it off at first. After all, they were lifelong friends and had joked about everything imaginable. He had to be joking because she couldn't imagine him being serious about such a thing. Then his persistence became aggressive, him refusing to understand that she truly had no intentions of crossing that line of no return. Eventually, there was no more comfort to be found in his presence.

She no longer answers his telephone calls, nor does she search out his advice when in need. She avoids him like the plague and he cannot understand what has happened to his best friend in the whole wide world. He doesn’t see that she won’t be his friend because she knows, if given the opportunity, he will cheat. And she has no respect for a friend who will cheat.
Posted by Deborah Mello at 2:23 PM
Email ThisBlogThis!Share to TwitterShare to FacebookShare to Pinterest

Wow!!! Loved this because there is soo much truth in this...how does one maintain a friendship when one of the friends crosses the line or better yet how do you explain the situation to those around you who pick up on the tension and eventually ask the question...so what happened between you two? Keep it coming girl.
Bridget

Thanks, my friend. Love ya!