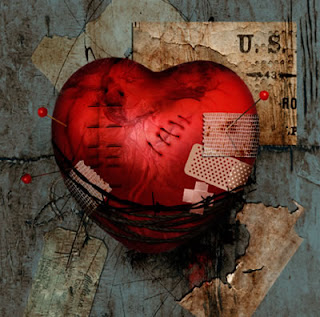 So what does a woman do when the man she’s in love with tells her that his life would be so much easier if she were not in it? That if she did not share his space or consume his time then things would be better for him with his family and his friends.

I suggested that she leave. From the outside looking in, his words would imply that she is not wanted so why would a woman stay with a man who does not want her?

Dara is broken and the depression is building. She never expected to hear that she was a burden in her guy’s life. When she did, his words ripped a hole through her heart. No one, and nothing, seems able to fix the hurt. She feels as if her spirit is bruised beyond repair.

But then he concluded their conversation by saying that he loved her. He really, truly does.

So what does a woman do?
Posted by Deborah Mello at 6:18 PM
Email ThisBlogThis!Share to TwitterShare to FacebookShare to Pinterest

Give me a break. This sister needs major therapy to rebuild her self-esteem. What that guy did was typical. He tore her down and then tossed her a bone with the I love you to keep her around like a puppy panting after him. She needs to run as fast as she can away from this man.

Exactly what I said...clearly her being around is convenient when he needs it to be...and she keeps falling for the okie-doke.

I say she should want better/more for herself but until she sees it, it really doesn't matter.