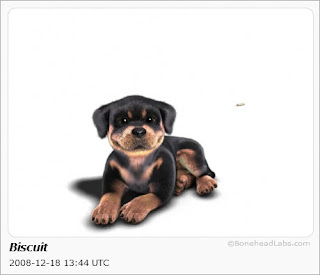 I use to give my kid a hard time for his obsession with the internet and the many interactive happenings that would inevitably put a stranglehold on his attention. Lately though I’ve needed to give my own self a swift kick for the time I’ve spent surfing the web.

Facebook.com has become my nemesis. I’m sure most of you know that Facebook is this free-access, social-networking website started by this Harvard kid who thought Harvard kids needed a way to communicate with each other. Then he opened it to other colleges and high schoolers who had nothing better to do and eventually the rest of us old people joined in.

I initially joined thinking it would be a great promotional tool to network with fans and friends about my books. It has, instead, become this absurd playground that I find myself continually drawn to.

Currently, my most favorite thing to do on Facebook.com is FASHION WARS, a game designed by a company called Zynga. Fashion Wars is this fun, addictive, diverson that just enables me to waste massive amounts of time when I should be writing. Buying myself a diamond Benz with all that cash I’m making though is just far more entertaining.

And then my son turned me on to Pokey! Pokey! is another interactive game that allows you to adopt the cutest little puppy. Then you have to take care of it and it barks at you and you get to rub its tummy and there’s no poop to clean up! I adopted a very manly Rottweiler puppy that I named Biscuit. (ISN'T HE JUST THE CUTEST!!!) The problem I have now is friends have adopted puppies too but nobody is feeding and watering their pups and I’m having issues. The least of which is I probably need to be committed somewhere for a psych evaluation!

I also joined this book thing on Facebook too, but I haven’t played with it yet. I mean, like really. It’s books, right? I’m such a bad author!!

Either way, I’m having fun. Friends are invited to join in so if you’re so inclined, search for me on Facebook.com. I’m always adding friends and you’ll definitely get invited to join my Fashion entourage.

Have a great weekend!!!
Posted by Deborah Mello at 3:20 PM
Email ThisBlogThis!Share to TwitterShare to FacebookShare to Pinterest
Labels: Me Myself And I