OBSESSING OVER PENIS OR STUPID IS AS STUPID DOES... 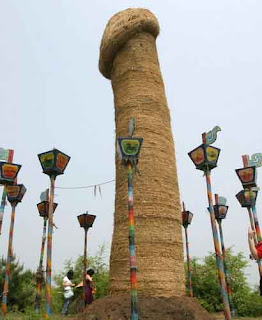 It’s expected that a man will obsess over his penis. I mean, it’s his penis. If he can’t obsess over it then who can? You don’t however expect to see any woman obsessing over a penis. But Miranda (BLIND FOR SOME DICK) is back at it again, allowing dick to get all up in the way of what she needs to be doing for herself and her children.

Miranda’s in jail. Sister-girl got herself locked up behind bars because dick was more important than her babies. To add insult to injury the penis she was obsessing over wasn’t even attached to the husband the child had married. This dick was attached to some other fool who’s been telling her lie after lie about what he intends to do for her. When the authorities locked that cell door neither penis came to bail her blind butt out.

I can’t fault the penis she’s married to for leaving her locked away and there are no words for the penis who had her so focused on him and his that she neglected the fact that babies #2 and #3 needed some mommy attention that didn’t involve them wandering the neighborhood looking for a meal. Babies were hungry and Miranda was fast asleep, in a drunken stupor from the good time she’d been having with all of that dick.

Now Miranda’s begging and pleading for someone to come bail her out. Miranda’s got a long list of explanations to justify why she’s been charged with child neglect. The fact that she needs to be slapped and shaken for being so stupid doesn’t seem to faze her in the least. Miranda’s biggest concerns seem to be penis #3 and penis #4. Miranda’s petrified that one or both may leave her and then what would she do? According to her, she’s not getting any younger and her assets haven’t been perky for some time now. It seems that getting choice penis to rise at her beck and call is becoming harder and harder to come by so holding on to prime dick requires her full attention.

I can only shake my head because I can’t get my hands on Miranda to shake her. If she thinks she’s got problems with penis now at the age of twenty-four, I’m going to hate to see what life hands her when she and all of her dick turn forty-five. Whether she knows it or not, getting herself out jail will be easy compared to the ass whooping she’s got coming from her family and friends. And I promise Miranda, she's got one hell of an ass whooping coming her way!
Posted by Deborah Mello at 7:43 PM
Email ThisBlogThis!Share to TwitterShare to FacebookShare to Pinterest
Labels: Love Stories