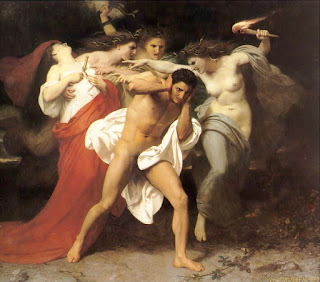 My old friend Mr. Ben invited me over to sit in front of his fireplace with him. The smell of freshly backed cinnamon cookies and Ben Gay filled the warm air. The old man has slowed down considerably in the past few months but that twinkle is still shimmering brightly from his eyes.

Mr. Ben’s mind has been wandering back to the past more and more lately. He seems to be drawn to another time and another place when things were good with him and his. We sat together and talked for a good little while as we watched that fire crackle in the most brilliant shades of red and orange. Miles Davis was playing softly in the background. Mr. Ben is a big fan of Miles Davis.

Mr. Ben knows that I’ve recently had to go through some things. I took much delight in telling him that I could finally see the light at the end of that dark tunnel I’ve been traveling. And then he told me a story, reaching out to hold onto my hand as he did.

Most know that Mr. Ben and I met working for the same employer many, many years ago. It was a wonderful institution and one of the best jobs either of us could have wished for. Mr. Ben was in charge of maintenance for the organization’s buildings. His job responsibilities put him in frequent contact with the many students on one of the more illustrious college campus’ in the area.

Mr. Ben is a pretty man. Every time I see him my heart skips a beat at just how beautiful a man he is. At the age of 94 he still has a full head of snow white curls atop his head and a chocolate complexion that reminds me of liquid candy. His eyes are absolutely breathtaking. They’re an incredible shade of blue-gray. Many women lost themselves in Mr. Ben’s silvery gaze back in the day and I can only begin to imagine the hearts he broke way back when. It was the story of a broken heart that Mr. Ben shared with me.

On that college campus Mr. Ben’s charms didn’t go unnoticed by faculty and students alike. Nor did Mr. Ben ignore the attention that was lavished upon him by his female fans. From what he shared with me, Mr. Ben fell waist deep into a number of beds he had no business being in. Let us not forget that when Mr. Ben found this job he had a new wife and a baby or two to feed. Being the man he was back then Mr. Ben often chose to forget that he had a family.

Her name was Elizabeth “Becky” Hudson. Becky was a blonde, blue-eyed wonder who took quite a liking to Mr. Ben. Becky was also nineteen to Mr. Ben’s twenty-five plus years. Mr. Ben’s employment responsibilities gave him access to Becky’s dorm. Miss Becky gave Mr. Ben access to her bed. Seems the duo had quite a torrid affair for the four years it took Miss Becky to get herself a college degree. The day after graduation Becky announced that she was off to marry the son of a wealthy Washington politician. Becky gave Mr. Ben his walking papers and he was devastated.

Realizing this was the early 1940’s I cannot fathom how Mr. Ben forgot that he was very much a black man in the deep, deep South. How he even began to imagine that he could have a happily-ever-after ending with this Southern blue belle is truly beyond my comprehension. As well, I wanted to slap him for thinking that what he wanted with blue-eyed Becky would overshadow his responsibilities to his wife and little children. Mr. Ben acknowledges that he truly lost his ever loving mind.

Mr. Ben made a stink about Becky wanting to marry the son of Paul Politician. After four years he truly believed he was in love with Becky and Becky should have been in love with him. But loving Mr. Ben was hardly on Becky’s mind and she did the unfathomable. Becky threatened to tell the good ole’ boys in the school administration that Mr. Ben had tried to rape her.

Just the prospect of such a thing happening quickly reminded Mr. Ben that not only was he a black man in a very white South but that it would take very little to have him swinging from one of those old Southern oak trees with a noose around his very pretty neck.

Miss Becky Hudson broke Mr. Ben’s heart. He told me his story with a deep sadness in his tone. Remorse was etched in every line that creased his face. Mr. Ben’s heart was still fractured from having been used and abused by a woman who’d been able to touch his spirit.

It became clear that Mr. Ben had been in deep reflection about it for some time. I still don’t think he has reconciled that someone he actually cared for would even think to put him at such risk. It was also clear that this was the first time Mr. Ben had ever shared that story with anyone. Number One Son had certainly never heard that tale before as he stood listening to his father travel down memory lane. I saw his usual look of admiration fade ever so slightly as he heard how his father had wronged his mother.

When Mr. Ben was finished with his story he squeezed my hand tightly as he lifted it to his frail lips and planted a kiss in the center of my palm. Then he smiled and wiped away a tear that had clouded the shimmer in his silvery gaze.
Posted by Deborah Mello at 11:48 PM
Email ThisBlogThis!Share to TwitterShare to FacebookShare to Pinterest
Labels: Mr. Ben