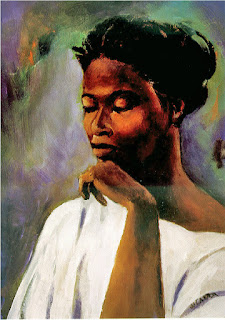 A young woman posed an interesting question to me, believing that I might actually have an answer to her dilemma. Boy, was she wrong! Jasmine is in a new relationship with Ben. Ben has an ex-wife. I had an ex-wife once. In fact, I had two ex-wife’s and a few ex-girlfriends. I say I had them because although I wasn’t the one who’d been married to and divorced from these women, their presence in my life was undeniable. They had children with the hubby. Children who lived in our home full-time. I shared parenting responsibilities. It made for some very interesting moments.

Ben and his ex have a child as well. Ben’s ex has free reign in Ben’s home, coming and going as if she still lives there. In fact, her time with Ben is substantially more than Jasmine’s time with Ben would seem to be. As well, Jasmine is more aware of the ex than the ex is aware of her. This keeps things peaceful for Ben. It ain’t doing much at all for Jasmine. Only one of the hubby’s ex’s had the audacity to believe she still reigned supreme in our home and only because the hubby allowed her to. Took me a good long while to nip that bad habit and until the hubby and I were on the same accord there was many a Queen Bee battle waged between us. I said the moments were interesting!

It took me many years of personal growth and maturity to understand that the ex had as much influence in our lives as she did because the hubby truly hadn’t let go of the emotional bond between them. It took a grand slap to the back of my thick skull to understand that bond didn’t have a damn thing to do with their children. But I was young at the time, hardly out of my teens. I didn’t know any better but I soon learned.

Jasmine asked me what I thought she should do about her ex-wife blues. I wanted to tell her to run fast and run far but I didn’t. I understand that the heart will make you do what it wants to do. I didn’t have an answer for Jasmine. I just knew if I had to do it all again, it’s something I wouldn’t do.
Posted by Deborah Mello at 2:36 PM
Email ThisBlogThis!Share to TwitterShare to FacebookShare to Pinterest
Labels: Love Stories

Yes, if you know - or even believe - someone loves you, you don't need to spend any time at all trying to convince someone else, (or even yourself), this is true. I don't think Jasmine is going to win this one.... But it's easy to draw conclusions about someone I've never even met. I could have this completely wrong. All relationships take work and as you say, you can't tell someone how to feel. At least she has someone she loves. I wish her luck with it. Ex's are generally not good news!

I certainly agree, Leigh. Jasmine's ex-wife may very well be the end of her and Ben. But here's hoping I'm wrong.

And I can't wait to read your book! I love a good mystery. Much success to you!