NO AMOUNT OF BONDO 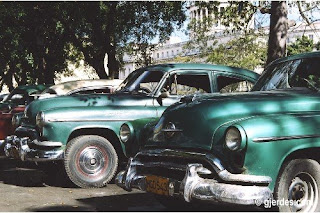 John’s not getting it and so I’m going to explain it to him in English he can understand.

No woman wants to feel like a car that's being test driven. She doesn't feel pretty when the man she’s head over heels in love just seems to like that she's got all the right parts in the right places and everything seems to be working well. She doesn’t want to feel as if he's decided she handled better than the other car he was test driving last so he'll keep her around because it seems like it's the right thing to do. She doesn’t want to be the one he decides to be with simply because his friends tell him how good he looks behind the wheel or his family proclaims she handles much better than his last ride. Most especially when he thinks it’s necessary to keep running back to that other car to see if the ride has gotten any smoother since the last time it broke down on him and left him stranded on the side of the road. No woman wants to be just something for him to take a ride in while he’s still spending time in the garage trying to get his favorite car to run like he wants it to. No woman.

John's been test driving Leslie and Wendy. Wendy was his first ride, that classic vehicle he can’t move himself to let go of. He keeps thinking that if he puts enough parts into her engine and he keeps trying to polish away all of her rust that she might still be the sweet ride he wants her to be. John can’t seem to accept that Wendy’s rust is glaring and no amount of Bondo will ever hide the damage that’s underneath her surface. Wendy will keep breaking down, forever leaving John stranded on the side of the road.

Leslie, on the other hand, has done everything she can possible think to keep the shine on her own chassis and ensure every ride John takes is a ride he’ll never forget. Leslie has never left him stranded, never broken down, and she can’t help wondering why John finds it so easy to toss her aside to go see if he can get Wendy to run right. Leslie is a classic in her own right and she doesn’t deserve to be parked in the back while John’s trying to get Wendy to run. John seems to be oblivious to the way Leslie is feeling about things. Leslie deserves better than she's getting. Leslie deserves love and attention from a driver who truly appreciates the treasure that she is.

I can’t say much more to John. He seems to be enjoying the roller coaster he’s been riding on. He’s bought stock in Bondo and doesn’t seem to mind patching and repairing Wendy as the moment moves him. Sadly, John may very well miss the boat and not have a car to drive at all.

And I will say this to Leslie because no one else will. Girlfriend, it’s time to get off this ride. There’s many a driver ready and willing to put you first. They would be proud to have you hold that place of honor in their showroom. Although you keep holding on to hope that Wendy will break down for good and John will realize she's not the vehicle he would want for himself, you may very well have to leave John right there on the roadside. Unfortunately, that’s where he seems to enjoy being stranded most.
Posted by Deborah Mello at 3:17 PM
Email ThisBlogThis!Share to TwitterShare to FacebookShare to Pinterest
Labels: Love Stories