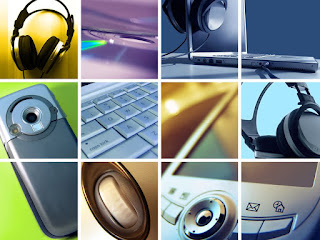 I admit to being a tad behind the times when it comes to most things technical. I’ve blown up one computer too many and each time I’ve always been a day late on backing up my files. Okay, so maybe a few days, maybe even weeks (translated into months) late. I’ve been blessed though that I’ve only lost data one, maybe two times, which should have taught me a lesson. But as my dear mother has often said, a hard head makes for a soft ass, but I digress.

My computer came back this week, in one piece, functioning beautifully, with all of my files intact. I had to say a prayer of thanks for that because not having backed up the way I know I should I was a tad scared.

Knowing how I am, my favorite guy has put me on a backup schedule which includes scanning documents, flash drives, and emailing file updates to myself so they’re stored on an outside server. It all works nicely when done correctly, but again, hard head. I am getting better though despite what others may think.

I only have a few weeks left on my current cell phone contract and I’m excited at the prospect of updating my very practical cell phone to one of those new smart phones. The challenge however is trying to decide which phone I want. It becomes a bit much when you consider all the new options that come with being in the here and now.

It reminds me of a proposal I submitted to an editor a few years back. The character needed to make a telephone call with no prospects for such in sight The editor emailed me back to ask why he didn’t have a cell phone because, as she pointed out, everyone had a cell phone. But back then, in the very rural community where I was living, such things were an anomaly. I didn’t have a cell phone, few of my neighbors had one, and not many folks in town were concerned with being in the know. That was a big city thing. Oh, how that has since changed!

So, as I played in the AT&T store today, comparing their latest and greatest to Verizon’s, T-Mobile’s, and Sprints, I couldn’t help but question whether or not this new technology is all it’s cracked up to be. Then I pulled up the YouTube video of my latest book trailer on one of those iPhones. A delightful couple watching it over my shoulder ordered a copy right then and there on their own device. A whole new level of cool!

I may be a tad behind now but I’m thinking it won’t take me long to catch up at all. Not at all!!!
Posted by Deborah Mello at 11:40 PM
Email ThisBlogThis!Share to TwitterShare to FacebookShare to Pinterest