A BOIL ON ONE'S ASS 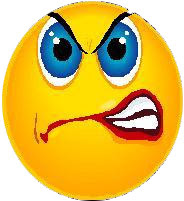 Brenda’s having some issues. She’s not happy and everyone else would seem to be her problem. It started back in grade school, Brenda never getting to be the hall monitor. Rude and nasty soon became Brenda’s natural demeanor.

Brenda was hell on wheels in high school. The boy’s by passed Brenda for the girl with the brighter eyes, longer hair, and prettier complexion. Brenda didn’t have a clue that her attitude was what actually turned the boys off. Brenda hasn’t been able to hold onto a man since and now she’s bitter.

Since Brenda’s not happy, she doesn’t want anyone else to be happy either and so she’s on a mission to see just how much torment she can bring to folks who really don’t give a damn about her and her issues. She’s rude, nasty, and obnoxious to sales clerks and restaurant staff. She tends to be loud and toxic to friends and family. And friends and family have had about all they’re willing to take.

Brenda doesn’t see the error of her ways. She doesn’t understand why people are always commenting on her constant negativity. Brenda can’t relate to ugly on the inside being even uglier on the outside. She can’t comprehend that nasty has never served her well and never will. Brenda doesn’t want to do better even though what she’s doing isn’t working for her.

A bitter woman is like a boil on one’s ass. Most folks are way past the point of being ready to lance old Brenda right out of their lives for good.
Posted by Deborah Mello at 12:30 AM
Email ThisBlogThis!Share to TwitterShare to FacebookShare to Pinterest
Labels: Rantings