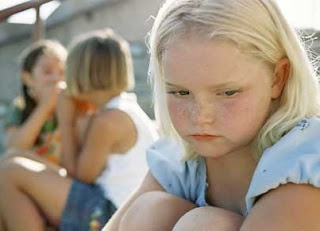 Jena is only fifteen and shouldn’t have a care in the world, but she feels like the weight of the world is pressing on her shoulders. An unfortunate incident this past week left her feeling completely lost and now she is struggling to regain some semblance of herself.

Jena’s first crush rejected her. The two had been friends since forever but boyfriend wasn’t looking to make Jena his girl. So Jena moved on with a boy who gave her attention right up to the moment she gave him some. Her very private moment suddenly became fodder for high school twitterdom, the boy boasting about his conquest to everyone within a mile of a cell phone and keyboard. Surviving that humiliation was bad enough, but Jena did. Twitterdom soon found some other young girl to tear apart.

Last week Jena finally found the courage to come out from under the rock she calls a room to socialize with her peers. Heading to the movie theater, Jena wasn’t at all prepared for the barbs and catcalls her former friends blasted her with. Hearing that boy and his brat pack call her a “ho” and “slut”, chanting it over and over for everyone to poke fun at, brought her to tears. And no one, not even the crush who called her his friend, bothered to come to her defense.

For me, I had to wonder why her first crush didn’t say something, if only to tell that boy who got some that what he was doing wasn’t cool. Being one of the popular kids, he could have made a difference. That difference might have meant the world to Jena.

A former acquaintance was fond of saying that a good run was better than a bad stand any day. It was his opinion that saying nothing was much better than putting one’s self at risk to point out the error of another’s ways. I didn’t whole-heartedly agree. Jena’s crush would seem to.

In sixth grade Beverly was the class bully. Most of the girls and many of the boys were scared to death of her. For whatever reasons I became the object of Bev’s dysfunction, the girl intent on making every day as miserable for me as she possibly could. The final straw came when Beverly ordered me ostracized, no one in our class allowed to talk, walk, or eat with me without her permission. When lunch time rolled around I was left sitting by myself, everyone else gathered around Bev. That first day was devastating. The second day my friend Liz returned to class after being out ill. When lunch time rolled around, Bev barked out her order. My friend Liz told her no and that day she and I sat together and shared our two lunches.

Liz telling Beverly no, that what she was doing was wrong, made a monumental difference, and meant the world to me.

Liz believed in taking a stand to right a wrong when she saw it. Liz didn’t believe in running. I found the magnitude of her convictions empowering. My friend Liz died in a tragic car crash when we were fifteen. I imagine that if she were still with us today, she'd be taking some mighty big stands on some pretty important issues.

I wish Jena had at least one great friend like Liz.
Posted by Deborah Mello at 3:07 AM
Email ThisBlogThis!Share to TwitterShare to FacebookShare to Pinterest
Labels: Rantings