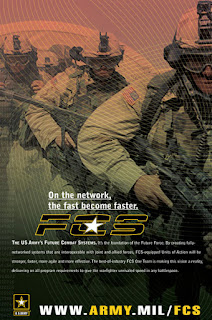 I had forgotten what that kind of fear felt like. Then I read this morning’s headlines and I was gripped with panic I had hoped to never experience again. Nine US troops were killed in a helicopter accident in Afghanistan today. Yesterday, a retired military man opened fire on two women at a convenience store at Ft. Bliss in Texas.

When my oldest son was deployed to Iraq and then Afghanistan I lived in a constant state of panic. Son-shine flew black hawks for many years and every accident and bombing and loss of life absolutely crippled my spirit. There was always that wave of panic until I heard his voice and knew he was well and then that sense of relief that it was not my child who wouldn’t be coming home. For sixteen years of his military career I tried to prepare myself for the absolute worst, praying for the very best. And with every ounce of bad news that came over the airwaves I experienced fear and panic.

My son loved the military. He was a career soldier, Uncle Sam his very best friend in the whole wide world. The last time he came home, on leave from his second deployment in Afghanistan, he was diagnosed with cancer, a very rare T-cell lymphoma. He died two months later.

I had mixed feelings when baby boy announced his intent to join the US Military. We are a country still at war and I could not pretend that everything would be well. But he is so much like his older brother that I could only accept and support the decision that he had made for his life.

Baby boy left for boot camp recently. The last time he was allowed to make a telephone call I could not deny or ignore the sheer joy that I heard in his voice. For him, boot camp is summer camp with guns. He is having the time of his life and his experience has served to reinforce his desire to be a Green Beret, one of the military’s elite Special Forces soldiers.

Baby boy is just beginning his military career. I imagine that every time I read or hear that something has happened on a US military base or to the soldiers who are serving so bravely, fear and panic will consume me.
Posted by Deborah Mello at 11:54 AM
Email ThisBlogThis!Share to TwitterShare to FacebookShare to Pinterest
Labels: Me Myself And I