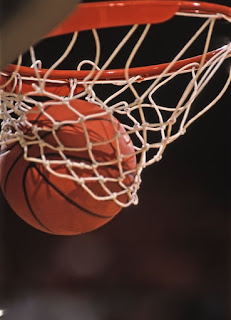 So, I am watching the Eastern Conference game between Miami and Cleveland. It’s what you do if you love the game, whether your team has made it to the play offs or not. I actually haven’t actively followed a team since I left Connecticut back in 1996. Back then I was a diehard Knicks fan. I loved me some New York Knicks. When I moved South it proved to be somewhat of a challenge to follow the Knicks that closely.

My father was an avid sports fan. Typically, quality time with daddy was quality time watching something sports-related on the television. We never missed a Knicks game. I grew to love the Knicks during the early 1970’s when their team roster was a star-studded plethora of talented sportsman. Back then they won two NBA championships with Willis Reed, Walt Frazier, Dave DeBusschere, Earl Monroe, and Bill Bradley.

My baby, Patrick Ewing, made them a dominant force again in the 1990’s. I had a serious thing for Patrick. When head coach, Pat Riley, resigned, then Charles Smith, Doug Christie, and Herb Williams were traded, the tide began to drastically change. Winning proved to be quite a challenge for my beloved team. My faith in them was restored though when Jeff Van Gundy took over the helm. His team of Larry Johnson, Allan Houston, Chris Childs, cute little John Starks, Charles Oakley, and my baby Patrick had me shaking my pom-poms on the side lines and loving all things Knicks all over again.

My admiration for Michael Jordan had me rooting for Chicago for a short period of time, but the Knicks were like a first lover that you can’t seem to let go of. No matter what, they could always pull me back under their spell. I’m still waiting for another reunion when my old love turns my head and has me pining after them like a lovesick puppy, but it hasn’t happened yet.

Until then though I’ll watch because I still love the game no matter what team is playing and it is the championship playoffs. It’s what you do.
Posted by Deborah Mello at 9:59 PM
Email ThisBlogThis!Share to TwitterShare to FacebookShare to Pinterest
Labels: Me Myself And I