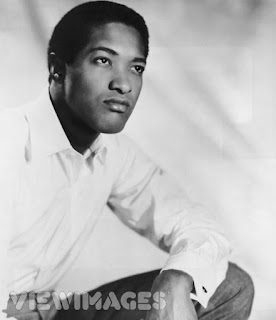 I met a young man yesterday who was just too smooth for words. He reminded me of an old-school player from back in the day. He had Marvin Gaye’s swagger, Barry White’s bravado, and Sam Cooke’s classic good looks in a deep, dark Hershey's shade of chocolate. He was also 29 and still wet behind the ears but you couldn’t tell him anything. Baby boy was a walking man-machine with more ‘playa-playa’ lines than the He-Man’s handbook should ever allow.

Thirty years ago I would have tried him on for size just to see if he fit. He’d have been one of those disposable toys you played with until you got tired of playing and then you’d have to toss him aside for the next best thing. That’s of course if he hadn’t tossed you first. Letting him go would have been easy though because clearly he wasn’t up to anything but a good time and a good time was all he’d have been worth.

Today, I can only smile at his efforts because the player was trying way too hard to make an impression. The most interesting part of our conversation was him telling me that I “looked like a woman who should have a husband”. He couldn’t understand how a “woman like me” hadn’t been scooped off the market yet. He lost my full attention with one too many “you so foine” lines. The “I’d date a woman your age” comment was definitely the deal breaker. I have to admit however, I was much flattered by the attention ‘cause the boy was old-school smooth and some truly delectable eye-candy. Another time and another place and I might have given that boy toy some serious consideration. That young man started my day nicely. A really good man however ended it on an all time high.

My new friend and I did dinner and a movie. Once again we had a really great time together and I found myself wishing that the evening didn’t have to end. There was a moment in the theater when he reached out to hold my hand. The gesture took my breath away. For a brief second I glanced over to stare at him as he was staring at the movie screen, my hand wrapped tightly beneath his. There was just a hint of light shining on his face and a look of pure contentment gleaning from his eyes. In that moment I had this overwhelming sense of being at home and the thought crossed my mind that I was possibly holding hands with my future.

He and I are very comfortable in each other’s presence. Even the moments of silence between us don’t feel uneasy or awkward. For lack of a better word, he has this gallant presence. He’s exceptionally attentive, always charming and very respectful. He was raised by a mother who clearly showed him how to be a man in the true sense of the word. I imagine she had to have been overwhelmingly proud of her efforts because he does not disappoint. He doesn’t have an ounce of ‘playa’ attitude and his smooth has a definite edge and some intriguing curves. I find him absolutely adorable and he makes me want to just melt into his arms and hold on for more of what has already been an exceptional ride.

My future….I’m liking the sound of that more and more. I’m liking it very much!
Posted by Deborah Mello at 11:04 AM
Email ThisBlogThis!Share to TwitterShare to FacebookShare to Pinterest
Labels: Me Myself And I