MAN ON A MOUNTAIN TOP 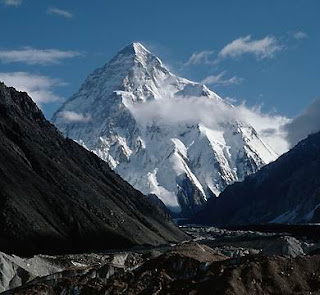 I remember him being way too young to be predicting his demise, a young man barely out of his teens and too far from his prime to be foreseeing such a short future. But Horatio Lorenzo Edwards couldn’t see himself making it to his thirty-fifth birthday. He couldn’t see it and I couldn’t fathom how he could be so accepting of a life not lived to a ripe old age of senior citizen discounts and benefits. Then thirty-six came and went, followed by forty and Horatio was having such a good old time that he quickly changed his mind, deciding that old age might not be such a bad thing after all.

But Horatio won’t see old age. Disease has managed to stake a claim on his soul, stealing in like a thief in the middle of the night to take what doesn’t belong to it. Diagnosed with lung cancer, Horatio has declined treatment, convinced that treatment is far worse than the disease itself. Horatio has witnessed treatment ravage far too many his family members without curing them completely or extending them a quality of life equivalent to what they’d known before diagnosis. Horatio claims that some broke things just can’t be fixed.

The fullness of Horatio’s life shines in his eyes. He’s a man sitting at the top of very high mountain, enjoying every ounce of the view. The joy he’s found in living each and every day to its fullest capacity floods the smile across his face and pulls you in. It has you loving life right along side of him, wanting each and every blessed day to be experienced as if it were your last. Horatio has yet to complain or shed a tear for himself. And I can’t seem to stop crying.
Posted by Deborah Mello at 11:09 AM
Email ThisBlogThis!Share to TwitterShare to FacebookShare to Pinterest
Labels: We Are Family