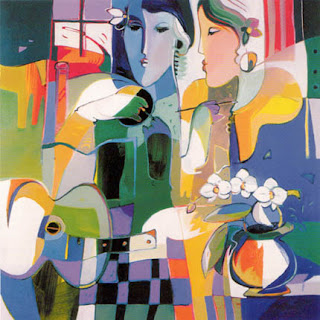 They are not friends. Neither is even sure they even remotely like the other. But their mother says they must love each other because that is what sisters are supposed to do. Supposed to do…

Baby girl feels challenged by the large shadow her sibling has cast. She’s not much interested in the footsteps her sister has left for her to follow. The two women are like oil and water, mixing when family and friends shake them well, separating as quickly as they can once left to their own devices.

Months can pass without the two women communicating with each other and then one conversation can turn the tide of times. A war of words ensued recently, one admonishing the other for forgetting the blood that binds them together. Blood was supposed to be thick enough to keep bad behavior from being called on the carpet. When water prevailed the two went at it no holds barred.

Once words are put out into the universe they cannot be taken back. It was easy for one to ignore the text and tone of their own message when stung by the text and tone of the response. When the drama escalated, neither was happy, and now, they are not friends and their mother says the're supposed to be.
Posted by Deborah Mello at 5:01 PM
Email ThisBlogThis!Share to TwitterShare to FacebookShare to Pinterest
Labels: Rantings