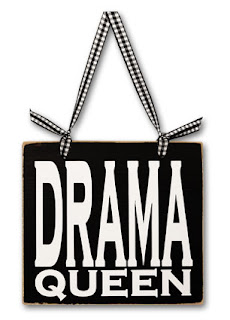 Okay, so like it’s been one week since my father decided to play Rambo and lost. By the good grace of God he is recovering very nicely and most of the family still doesn’t know anything at all happened to him. The criminal who shot him graduated from the school of stupid and stupider. The man pawned the stolen merchandise two days after the assault. He had to show a state-issued photo ID to do so. We’re now waiting for the police to pull the last of the evidence (fingerprint results) together to build a tight and solid case before they execute a warrant for the fool’s arrest. Until then we’re told that he’s being watched like a hawk.

My crazy kin is finally acknowledging that she is indeed crazy. She’s decided to seek professional help. It seems that I am the source of all her consternation. She’s having delusions that I’m lurking around corners ready to pounce and attack her with a wooden stick. I make her unhappy and the happier it would seem that I am, the unhappier she professes to be. I hope therapy helps. I’m not much interested in attacking her. We fought those battles as children. Nor do I plan to be unhappy so that she can feel warm and fuzzy about her own life. Personally, if that’s what she’s looking for then as far as I’m concerned her butt can just stay crazy.

Last week I had a date. It was a VERY nice date with a VERY, VERY nice man. Friday, he called and invited me to spend the evening with his family. An aunt and uncle were visiting his father from out of town. They and his siblings were a really good time and I can’t say I wanted to leave when it was time for me to go. When we parted ways we both promised to give each other a call. A friend said I should wait for him to call me to see if he was really interested. I said to hell with that. I’m interested in him and so I called on the pretext of saying thank you again for our good time. We’re doing lunch today AND dinner again tomorrow.

I told my friend she needs to forgo half her dating theories. If she likes a man, say so. If she wants to talk to him, call. This is a woman who dated a man for over a year professing that he was just a gentlemen when he never once made a move toward any type of intimacy. Not even a good night kiss that involved more than her right cheek. After year one, we were all having dinner one evening and I, point blank, asked him if he was gay. Lo and behold, he hadn’t been holding hands with her because he’d been holding hands with their buddy Chuck. It seems that she was a good cover for the proper and conservative Catholic church they both belonged to. Although they’d never discussed it, he thought she knew. She didn’t have a clue. I keep telling her that no matter the subject most men will answer if you ask. But when it comes to men a woman needs to speak her mind without the games if she is to have any sense of what she is or isn’t working with.

And with all of this going on I’m writing. And the writing is really, really good. The characters are engaging, the plots are on point and I’m really liking the drama queen productions that are coming out of my head.
Posted by Deborah Mello at 1:20 PM
Email ThisBlogThis!Share to TwitterShare to FacebookShare to Pinterest
Labels: Me Myself And I