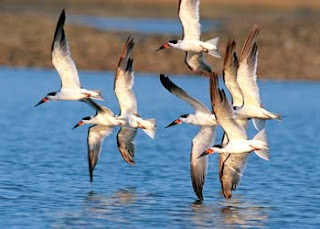 I am enamored with a place I have never seen. It haunts me though, the largess of it coming to me when I’ve least expected it. I first dreamed of this place years ago, images coming through the snapshots of a nightmare. I remember waking up in a cold sweat, my heart racing with something that felt like fear but wasn’t, then feeling that if I could just find my way back, all in my life would be well. These dreams continued to disturb my sleep for months after and then one day, out of the blue, I discovered that this place of spirits actually existed and had a name…Kiawah Island.

Kiawah (pronounced KEE-a-wah) is now an island resort located just miles from Charleston, South Carolina. Kiawah’s history officially begins when it was “purchased” by the British from the Kiawah Indians for a sum of “cloth, hatchets, beads, and other goods”. Not long after, Kiawah was inhabited by hundreds of African slaves on two plantations. After the Civil War it was home to black freedmen and now it’s a summer haven for the wealthy. Kiawah is also a conservationist’s dream, its natural environment carefully protected despite its developing landscape. From what little history I’ve been able to unearth about Kiawah, I know that hundreds of black men, women, and children died there, their souls billowing over the marshes and lagoons. And Kiawah haunts me. 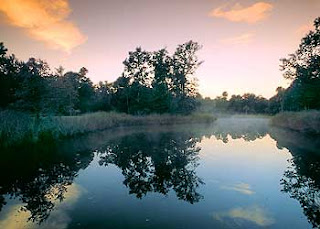 I’m a Southern girl at heart, which is quite funny to most who know me. As a child there was nothing about the South that charmed me. I was quite prissy and to hear my cousins tell it, very full of myself. Summer visits to my grandparent’s South Carolina farm usually ended abruptly with calls to come and get me quick. Some bug, some dirt, some farm animal inciting tears and tantrums until I could get back to more civilized life. Years ago when I moved to the rural farmland of North Carolina my family was shocked, convinced I had lost my mind. At the time I was convinced that I had finally found my way back home.

I’m now feeling that I haven’t gotten there yet. Dreams of Kiawah are still haunting me, stealing into my sleep and leaving me yearning for something that I don’t quite understand. I’m anxious to visit but there is something that holds me back. As if knowing that what I yearn to find might not be what I need it to be. As if knowing the stories I will find there aren’t yet ready to be told.

Posted by Deborah Mello at 7:15 PM
Email ThisBlogThis!Share to TwitterShare to FacebookShare to Pinterest
Labels: Me Myself And I

I, too, never thought I would be a southern girl, but I've learn to love and appreciate the the warmth the South holds. I yearn to be there as often as I can and hope to one day find my jouney back to a place where I never thought I would be. I invite you to South Carolina where your dreams of seeing the Island is only an hour away.