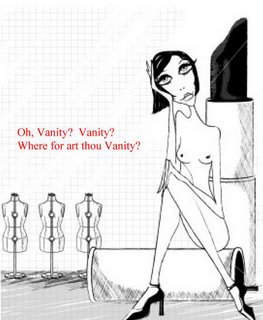 Being cute is hard work. It also involves a degree of time and effort that’s not so easy to come by. A modicum of vanity doesn’t hurt either. With a to-do list that is already miles long, I don’t have but so much time to worry about being cute. And I’ve never been particularly vain. I remember my mother admonishing me once as I stared at my reflection in the mirror that my face wasn’t going to keep me from being hungry. “Worry about what’s in your head and your heart,” she’d exclaimed, “‘cause pretty won’t take you but so far.” It was probably one of the last times I remember worrying about what I looked like and more importantly what others might have thought.
But I realized, as I was struggling to get through my resistance training this morning that I’ve been spending a lot of time lately worrying about being cute. And for the life of me, as I fought to get through that last set of chest presses, I couldn’t remember when the concern about my weight, and my hair, and my looks had become so consuming. Then it hit me as I was leaving the local post office a while later.

Standing in an annoyingly long line to mail a package I ran into an old acquaintance who was buying stamps. She and her male companion stopped to say hello. When she introduced me to her friend, remarking that I was an “accomplished author”, the look that man gave me had me wishing I could do a rewind, throw on some lipstick and comb my hair, and then push play all over again. His expression was all telling and I could just imagine what he must have been thinking because I looked like I was everything but accomplished.

I know I looked bad. I’d just come from the gym for Pete’s sake! My ponytail was dragging. The hubby’s old sweats were a few sizes too large and yes, I admit, they looked like I’d slept in them. My white sneakers weren’t white. My nails were a few days past due for a manicure and no one told me I had crumbs from my breakfast granola bar clinging to my chin. So what if my shabby chic was more like dumpster grunge? When he asked what I wrote and I told him I was published in the contemporary romance genre, he said “oh, I wouldn’t have taken you for a romance writer.” I would have asked what he meant by that but it was my turn at the counter and truth be told, I could tell what he meant. No man looking at me that moment was thinking any romantic thoughts!

As I got back into my car, checking out my reflection in the rear view mirror I spotted that damn granola crumb, and it was then that I realized that I’ve been getting a lot of those looks since I became published. Thus my newly found obsession to look more like the sultry divas I write about and less like something the cat dragged around and left abandoned in the yard.

My image has needed an infusion of energy and so I’ve been working to look more like an “accomplished” author and less like a writer who spends an inordinate amount of time alone, in her pajamas, typing away at a computer. Maybe I’m a little more vain that I realized, ‘cause I would really like to run into someone I know just once and not look like I just got slapped by the fugly bus. So, here’s to a little hard work ‘cause I plan on being cute the next time I’m in the supermarket and someone just wants to say hello.
Posted by Deborah Mello at 12:28 AM
Email ThisBlogThis!Share to TwitterShare to FacebookShare to Pinterest
Labels: Rantings