BUZZING UP THE WRONG HIVE 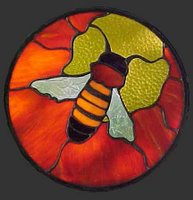 Disclaimer: All names have been changed to protect the guilty.
So, Jackie was bemoaning her man problems this past weekend at the beauty salon. Her man, Jack, has been giving her mixed signals and she’s gotten caught up in that drama that being in love can land a soul in. All was peachy, keen, and dandy in the beginning. Brother was sweating her big time – romantic dinners, expensive trinkets, and weekend excursions that didn’t just include the bedroom. Girlfriend fell and fell hard and just when it had gotten too good to her, Jack started to distance himself with no explanation for his cooling behavior. Jackie tried to play it cool, like she wasn’t but so bothered by it, but beneath her smiling facade, her heart was being ripped to shreds.

The last time they talked Jack told her that he really cared for her, that he couldn’t call it love, but that she definitely moved his spirit. A girl could have gone into insulin shock from all his sweet words. Then he ended the conversation by telling her that she was one of his many bees, like a worker bee. That’s right, BEE, as in buzz, buzz, sting, sting. Seems he’s got a few worker bees but he hasn’t yet selected any one of them to be his Queen Bee. For Jack, she was just a small but necessary cog in the larger picture of his existence.

Now this should have been a very large red flag for Jackie that she just needed to let this brother go. I mean, he’s comparing her to a bug, for Pete’s sake, but hey, her heart just wasn’t hearing it. So, like most women, Jackie goes back for more ‘cause one insult hadn’t stung quite enough. It had hurt but it hadn’t yet cut deep. Jackie showed up at the boyfriend’s place of employment to surprise him for lunch. She’d prepped some Southern fried chicken, macaroni salad and strawberry shortcake for them to share, packing it in a too cute picnic basket complete with matching wine glasses and sparkling grape juice. Imagine her surprise when Jack was sitting there enjoying lunch with one of his other “worker bees”. And not only did he barely acknowledge her, he instructs one of his employees to give her a hand like she was actually there to do some shopping. Not only did she have to eat that picnic lunch alone, but she ended up buying $20 worth of stuff she didn’t need just to make a graceful exit out of the joint. Jackie left with a raging case of jealousy and not one drop of common sense to see that Jack just ain’t all that.

Now, Jackie should have been too through with this man, but no, she still believes there’s something between them. And she’s moved right into stalker mode. She already has the 411 on worker bee number two and was fully engaged in memorizing every detail of Jack’s schedule for the next month. From what I heard, Jack better hide his car and not even think about leaving the house for a while, and heaven help him if he gets caught playing bee keeper again ‘cause Jackie is quickly transforming from a sweet honey bee to one of them killer hornets.

Everyone in the salon told her to let him go but Jackie wasn’t hearing it. All she had on her mind was trying to figure out how to get the brother tangled back up in her honey and if that didn’t work, how to make him pay for her being seriously stuck on stupid.