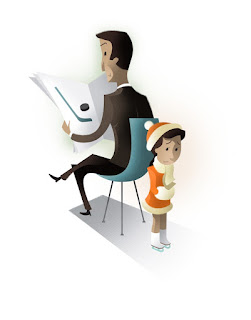 My father and I do not have the best relationship. More times than not I leave his presence questioning what I could have possibly done to have him hate me as much as he would seem to. It sometimes takes me months to reconcile that it’s not me that he’s detesting, but is instead, a choice I may have made or something he thinks I might have done that has him so hostile. During that period of reconciliation my father and I usually do not communicate, neither of us having one word to say to the other. My father has spent most of my adult life not talking to me. I have spent most of my adult life wondering why.

It has now been a good few months since he and I have had a pleasant conversation of any kind. The last time we spoke the man called to cuss me out, calling me names that no man should ever call any woman, most especially his daughter. Daddy had not been happy about my cleaning out my grandmother’s home, discarding trash that should have been discarded years before. It would seem, according to my father, that I had no right to touch a thing. I had no right even though I was living there. When I made that point, he responded that my living there could easily be rectified. Subsequently, I no longer call my grandmother’s house my home.

For the first time, in more years than I know, my grandmother’s home will no longer be in our family. My father is completely accepting of this. He doesn’t much care if I am, or not. Others in the family don’t want to be bothered, preferring to avoid my father’s wrath, if such a thing is possible. Too many have told me that it’s probably for the best. My father hasn’t told me a thing, silence surrounding us the few times we have been in each other’s company.

With Father’s Day fast approaching I cannot help but think about the man who use to be my daddy. More times than not, silence would seem to be the only thing we have between us. It would seem that my father and I don’t have much of a relationship at all.
Posted by Deborah Mello at 7:05 PM
Email ThisBlogThis!Share to TwitterShare to FacebookShare to Pinterest
Labels: We Are Family