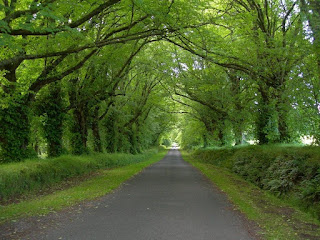 It’s amazing that no matter how things may change, some things forever remain the same. I was partnered on a project that I was initially excited about. I thought it had great prospect. I saw it being an opportunity for me to grow with and learn from. After a considerable investment of time, emotion, and resources, I deluded myself into thinking that I was actually accomplishing something meaningful, headed in a positive direction.

Then just like that a member of my team knocked the wind out of my sails, and I realized that absolutely nothing had changed. The progress I had become comfortable with had instead been a delusion of my own making. Things were as they had been at the beginning and I might as well have been starting from square one.

Confronting the parties involved, I discovered that my expectations were as far from reality as one can possibly get. I was made to understand that instead, me and my expectatons were an inconvenience, standing in the way of other plans and ideas. I was made to understand that simpatico would only be found when the moon and the stars aligned just so and doing nothing was more appealing that stepping out on faith and trusting in each step of the journey.

It was an inconvenient truth and as I simmered from the hurt of it, I came to understand that being considered an inconvenience might very well need to be the catalyst for me to step out on my own and follow a whole other path on my journey.
Posted by Deborah Mello at 9:28 PM
Email ThisBlogThis!Share to TwitterShare to FacebookShare to Pinterest
Labels: Love Stories