TIGER DIDN'T OWE ME AN APOLOGY 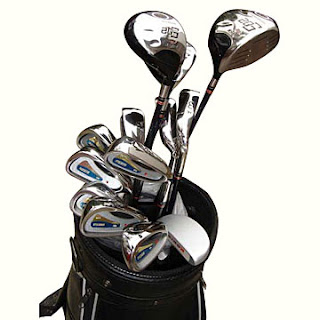 I wasn’t going to mention it. I wasn’t going to mention it because I didn’t sleep with Tiger so it didn’t much matter to me who he was doing during his spare time. Then he publicly emasculated himself last week issuing an apology for his many indiscretions. The man was already small so I imagine that after that fiasco whatever was left of Tiger’s manhood is probably seriously lacking in size right about now. So now I’ll mention it.

Tiger didn’t owe me an apology. He didn’t owe anyone else in America an apology either. The woman he professed to honor until death did them in, is the only person he needed to apologize to and he only needed to do that in the privacy of their home, their marriage counselor’s office, or with their family priest running interference.

I have no doubts that Tiger has probably uttered plenty of apologies when Mrs. Tiger was swinging that golf club in his direction. Him having a press conference to tell the rest of us how bad he felt about what he’d done, was in my opinion, even weaker than his actual indiscretions. I think his PR person dropped the ball big time with that one.

As cheater’s go, David Letterman acknowledged his indiscretions best. He said, “Yeah, I did it. Yeah, I got caught. And no, I’m not going to discuss it with the rest of y’all.” Then David went home, quietly took his ass-whupping from Mrs. David and kept doing what David does best.

Tiger should have taken a few pointers. Tiger should have said, “Yeah, I did it. Yeah, I got caught. And no, I’m not going to discuss it with the rest of y’all.” Then he should have gone home, taken that ass-whupping from Mrs. Tiger and then gone on out to play a round of golf. He would have had an advantage with that five-iron lodged up his posterior cavity. He also would have seemed less pathetic.

A friend said she felt Tiger also needed to apologize to all those other women and the list was quite lengthy. I whole-heartedly disagreed. Those ho’s knew Tiger had a wife when they were dropping their panties. Tiger’s wife wasn’t a secret. The National Inquirer and every other news source spilled that news when the couple pledged their love and fidelity to each other. It didn’t much matter what Tiger might have been whispering into their ears, ‘cause as long as he had a Mrs. Tiger with a legal license between them, they should have sent his ass home.

I think Tiger’s ho-train should be the one’s apologizing. Let’s face it, bad behavior, no matter how famous the dick, is still bad behavior. And when you’re ugly on the outside, it surely doesn’t help you to be ugly on the inside too.
Posted by Deborah Mello at 6:43 PM
Email ThisBlogThis!Share to TwitterShare to FacebookShare to Pinterest
Labels: Rantings