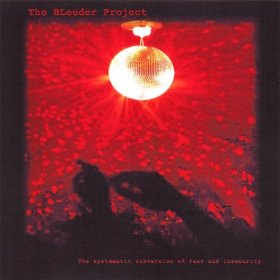 Darryl and Kendra are in a relationship.

Darryl has issues with Kendra and her ex-husband.

Darryl was upset when Kendra and the ex-hubby attended a mutual friend’s wedding. He also had a problem with Kendra when she and the ex-hubby went to visit their only child in college. Kendra has tried to explain that it wasn’t about her and her ex because she wasn’t interested in him nor was he interested in her. Kendra had only hoped to keep the peace for the sake of other people. Darryl was quick to point out that he only had her word for that but since he trusted her he could let it go despite it having hurt his feelings. He makes a point of reminding Kendra of her transgressions and him having forgiven them every time there is an issue between them. Of course these things happened in the first year of their relationship.

Fast forward three-plus years. Kendra hasn’t spoken to or heard from her ex since forever. Darryl however is friends with his ex-wife. Darryl’s ex-wife calls whenever the moment moves her. Darryl will disappear for hours at a time to discuss his ex-wife’s problems and be a shoulder for her to lean on. On more than one occasion Darryl has cancelled plans with Kendra to deal with his baby mama drama. Darryl and his ex-wife even disappeared on a weekend vacation together with their kid but he seems to conveniently forget that when he’s pointing a finger at Kendra to remind her of all that she had done wrong.

And Darryl doesn’t seem to understand why Kendra has a problem with his relationship with this ex-wife. Darryl says Kendra is insecure. Kendra would beg to differ. Insecurity doesn’t have a thing to do with it. Darryl says Kendra doesn’t trust him. Kendra doesn’t agree with that either. Kendra says she doesn’t trust the ex-wife, a woman who’s made it clear that she wants Darryl back. A woman who Darryl himself says can't be trusted.

But the ex-wife isn’t the problem either.

I can’t help but wonder why Darryl would seem to disregard Kendra’s feelings? I have to question why Darryl would put any other woman before Kendra if Kendra is the woman he truly loves. And more importantly, why isn’t Kendra the one having the issues and pointing a finger?
Posted by Deborah Mello at 1:05 AM
Email ThisBlogThis!Share to TwitterShare to FacebookShare to Pinterest
Labels: Love Stories