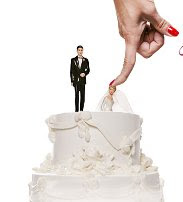 Ginger has some issues. At the age of nineteen she’s already a single mother trying to raise a young child on her own. Ginger recently left her baby-daddy, unhappy with their situation. Ginger left, barely giving herself twenty-four hours before jumping from one man’s bed right into another’s. Ginger insists she didn’t leave her baby-daddy for her boyfriend but hey, you know what they say about it looking like a duck. Her story is quacking all over the place.

Now she’s confused and having doubts. Ginger proclaimed to the world that she might have actually made a mistake but it was too late to go back. I’m thinking that maybe Ginger should have thought about that before she pulled that other man and other people into her mess. And it has truly become one hell of a mess with battle lines being drawn and threats of war raging in the air.

The men caught up in Ginger’s mess are both naive, believing they’re the best and only for my girl. I, on the other hand, know they could both do better than Ginger if they were so inclined. I couldn’t help but note the lies Ginger so readily tells her baby-daddy, knowing that if she’ll lie to one, she will surely lie to the other. She’s telling them both just what they want to hear and not an ounce of it is based on truth. Sadly, neither man seems to have a clue.

I am remembering when a friend once told me to “never underestimate the power of the pussy!” It was her contention that pussy, in the hands of the wrong woman, could make the most intelligent man brain dead and bring him to his knees. Ginger is clearly that kind of woman, manipulating the two with the power of some pussy.

Ginger’s young, and dumb. Big words throw her for a loop and she’s perfectly content being barefoot and pregnant. I wanted to feel sorry for Ginger but I don’t. It’s becoming more and more apparent that Ginger knew full well what she was doing when she did it. One man wasn’t bringing the gravy to the table. Ginger has high hopes that the other will.

But sitting on the outside looking in, I can see something Ginger can’t. Something Ginger never bargained on. You see, boyfriend has a mother with experience Ginger can’t begin to touch. Boyfriend’s mama isn’t taking kindly to the mess Ginger has pulled her son into. Ginger has made herself an enemy and she doesn’t even know it yet. But she’ll soon learn that there’s not enough pussy power in the world that can keep a pissed off mother from trying to protect her baby boy. Hell will seem like a luxury vacation if mama goes on the warpath. I’m just hoping Ginger won’t have to learn that the hard way.
Posted by Deborah Mello at 9:13 PM
Email ThisBlogThis!Share to TwitterShare to FacebookShare to Pinterest
Labels: Love Stories