WHEN DID IT ALL GO WRONG? 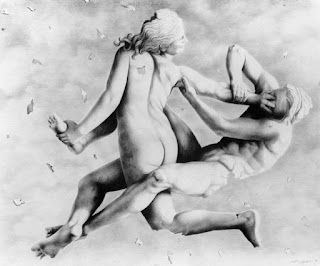 Friends and family often ask Daniel when his relationship with Sheila ended. Folks are not only being nosy but some are curious to know who did what wrong, hopeful for insight that might keep them from making the same mistake within their own unions.

But Daniel can’t tell them much of anything because he himself doesn’t know when it all came to a head and he and Sheila had crashed and burned. Daniel doesn’t know because other people and other things had been holding his attention for longer than he had realized. He was always too busy to see that Sheila needed his time and attention just as much as everything else in his life did. Daniel always figured Sheila would just know that she was important to him. He didn’t think it necessary to tell her or show her that she held a special place in his life and his heart.

But Sheila did need to know. Feeling much neglected Sheila grew weary of waiting for her man’s affections. Loneliness was a cruel enemy for the woman to battle. Waiting for Daniel to figure out that she needed to feel wanted and appreciated finally took its toll. When Sheila let go of hope her love soon followed, leaving Daniel and all his other stuff behind.

Sheila had truly loved Daniel but when she began to doubt that he was feeling the same way about her, their relationship began to nosedive faster than either could control. Sheila didn’t want a man who never held her hand. Daniel was never there to kiss her tears away and rarely told her he loved her. Sheila didn’t know how to ask for what she needed from him and so she said nothing, believing that Daniel would have been too busy with other people and other things even if she had.

Relationships can be tenuous under the best of circumstances. Both parties have to want to work at making things right between them if they have any chance at being successful. When one or the other isn’t putting forth the effort, something will eventually let go.

Time didn’t serve Daniel or Sheila well. Distance became an intruder in their marital bliss. Then Sheila finally let go of hope and Daniel is still asking the question everyone else wants him to answer. When did it all go wrong?
Posted by Deborah Mello at 11:10 AM
Email ThisBlogThis!Share to TwitterShare to FacebookShare to Pinterest
Labels: Love Stories