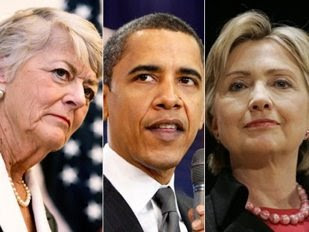 In 1995 I won an essay contest sponsored by Good Housekeeping for KinderCare’s 25th Anniversary. The essay subject was The 3 Life Lessons You Want For Your Children. As part of the prize I received a makeover and an all expense paid trip to New York City to participate in a forum on issues relative to raising and educating children. At that time four of my six crumb crushers were still home causing havoc on a daily basis so I had much to talk about.

The forum was moderated by Paula Zahn, who was at that time, the anchor on CBS This Morning. Paula was an engaging, vibrant personality and I’ve been a big fan of hers ever since. Also in attendance was Geraldine Ferraro. It was truly a wonderful event and experience. I met some wonderful people who showed me much love. And then there was Geraldine.

For more times than I would care to count, I have experienced moments with people who, by virtue of their attitude and what they don’t necessarily say, have made me feel inferior, as if I don’t necessarily belong where they are. There were many males who disregarded or trivialized my contributions to their corporate arena making it quite clear that they didn’t think their place was a place for any black woman. Geraldine, by virtue of her body language and her silence let me know where she thought I belonged.

Although we sat on a panel together, all of us professing our desire to better the quality of education for all children, as the only minority parent participating I felt particularly responsible for speaking for the needs of minority children and children who didn’t have the benefit of educated, financially-stable parents to insure the quality of their education. It took no time at all for me to understand that Geraldine could have cared less about me and mine.

One too many eye rolls, the soured expression on her face as if what I’d just said was somehow too bitter for her to swallow, the avoidance of eye contact and the fact that during the course of a full day’s events the woman not only did not speak to me but on three separate occasions actually walked away as I approached a group or table where she was gathered let me know where she stood loud and clear.

I remember leaving that event with one solid impression about Miss Geraldine and that was that she was clearly one racist bitch and not only does she not make any apologies for it but to hell with you and yours for even thinking you can question her attitude or behavior. Geraldine’s racially-charged comments about Barack Obama didn’t come as any surprise to me. In fact, I’m more surprised that she didn’t just come right out and call the man the N-word.

I’m a firm believer that individuals are drawn to like-minded people. So I have no doubts that Geraldine and Hillary are like-minded in more ways than Hillary would be willing to admit. Some may refer to Bill as the first black president but I have no doubts that a black man is hardly the last man Hillary would ever want in her bed and neither she nor Geraldine want to see one in their White House.
Posted by Deborah Mello at 1:17 PM
Email ThisBlogThis!Share to TwitterShare to FacebookShare to Pinterest
Labels: Rantings

Hello. This post is likeable, and your blog is very interesting, congratulations :-). I will add in my blogroll =). If possible gives a last there on my blog, it is about the Servidor, I hope you enjoy. The address is http://servidor-brasil.blogspot.com. A hug.