HOW IT SHOULD BE 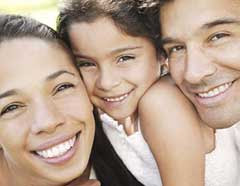 Jesse’s got some issues with his girl Taylor. Taylor and her ex-hubby share custody of an adolescent. Occasionally, Taylor and her ex have to participate in parent events to support that child. This is how it should be. Jesse understands those situations require the two to be in each other’s company. Boyfriend might not like it but he'll have to get over it. Jesse knows that it is the child’s best interests that need to be taken above all else so he sucks up his issues and tries not to let his own insecurities cause them all unnecessary drama. Jesse will be the first to say he fully supports what’s best for little Junior.

The kid has been dealing with some heavy issues lately. Parents at each other’s throat can do that to a baby. Feeling neglected and ignored hasn’t helped the child much either. So Taylor decided to take Junior away for a mini vacation, some quality parent and child time to get them back on track. Jesse fully supported that knowing how important it was to Taylor to strengthen her relationship with her offspring. When the ex-hubby decided to tag along for the ride, Jesse hated to admit that he had some serious issues. Parent events is one thing. Mini vacations are a whole other animal.

Jesse’s been rationalizing it to death. Taylor said she really didn’t want the ex-hubby to go. She wasn’t much interested in spending her whole weekend with her ex. Jesse really wanted to believe that. But when Taylor didn’t put up much of a fight when it was time to pull out of the driveway, taking the ex-hubby along on her and Junior's good time, Jesse had to admit he didn‘t know what to believe. Jesse got left behind and he won’t say it out loud but it hurt a hell of a lot more than he thought it would. Now Jesse isn’t sure what to believe about this whole mess because his insecurities are raging rampant and out-of-control.

So, here’s what I know. People don’t typically do things they don’t want to do, unless of course their hands are tied behind their back and they’re being held hostage with a gun to their head. If Taylor really didn’t want the ex to tag along she could have easily told him this trip wasn’t for them the family but for her the mother and Junior the child. If Taylor and the ex-hubby aren’t together the way she continues to claim, then the ex-hubby shouldn’t have had a problem with that and if he did tough. He‘d get over it. Taylor should have just let it be his problem if he wanted to make it one. The ex-hubby could have easily taken Junior away for quality parent-child time on another weekend.

But I also know children. And I know parents will sometimes do what they might not want to do because it is best for the child. From the beginning, none of this was about Taylor and what she might have wanted, but all about Junior and what he needed. I have no doubts that he wanted his daddy and his mommy along on his good time. Taylor did what she needed to do as a parent first. I can’t fault her one bit for that.

Jesse needs to reel in his insecurities. His lack of confidence in what he shares with Taylor could very well put them some place he’d rather not be. If there is anything to Taylor and her ex-hubby time will surely show that hand when and if it needs to. If there is anything at all to Jesse and Taylor, Jesse will man up and just let this go. Eventually that hurt he’s now feeling will heal. In the end though, Taylor’s baby is what matters most. The adults will just have to work out the rest of their issues on their own.
Posted by Deborah Mello at 11:40 AM
Email ThisBlogThis!Share to TwitterShare to FacebookShare to Pinterest
Labels: Love Stories