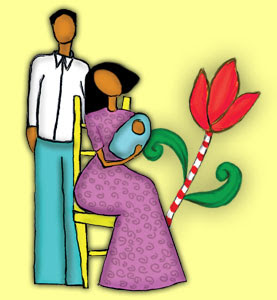 Dear Debby got tangled up with a love story and the question posed had me pondering a response. It was a question that required me to consider my own personal values. And I have to admit that it touched a sensitive nerve.

Wesley and Denise have worked together for many years now. The duo became fast friends realizing quite quickly that they had much in common and shared many of the same goals. Neither ever imagined that they would share anything but friendship but as time has passed, both have discovered growing emotions that neither was prepared for. And because Denise is married both have been conscientious about not overstepping the boundaries that exist between them. It is not in her nature to be unfaithful to her husband, nor is it his to covet another man’s wife. Out of respect for each other and their respective families, neither has ever fully vocalized how they feel or what they may want to share with the other. But both have imagined what it could be like if they were able to commit to each other and both have denied themselves the possibility of fully embracing the dream.

Denise acknowledges that she married way too young and didn’t take the time to know her husband before they made a commitment to each other. Years later her husband’s infidelity, many lies and much heartache have marred the union. Denise says over the years she stayed for the sake of her children and the fear of being a single mother alone. She says she also believed that no other man would ever want her and half-a-man was better than no man at all.

The children are grown now and Denise wonders if this will be her only opportunity to ever know what true love with a man who actually loves her back could be like. Wesley wonders what may lie ahead for them, together or apart. He also wonders what others may think if Denise ends her marriage and they are able to build the successful relationship he believes they can have together. Although absolutely nothing has happened between them, he fears people will believe there was something happening before the marriage ended. He’s afraid of what her sons, and his, will think of them both. And so they asked,

Should we follow our hearts and do what feels right for both of us, or do we walk away from each other and forsake our chance for happiness? Do we accept that this should never happen and there will never be a time or place for us?

Never say never. Whatever is meant to be, will. Until Denise resolves her marital issues, one way or the other, there can truly be nothing between you, no matter what you think you may want. Adultery is a messy business and no one benefits from the transgression. Besides, that kind of lie requires far too much energy to maintain and will clearly demolish the strongest foundation of trust and respect that you claim to have for each other. Value the friendship for that and that alone. It very well may have to be enough.

As for your children, tread cautiously. I understand not wanting to lose their respect and wanting to set a good example for them. As well though, if your children are grown, when and it if becomes appropriate, then just be honest. The truth will always prevail no matter what other folks may want to believe. And though folks may question what started with you two when, the fact remains that your growing emotions have already put you in a precarious place. You may well not be sleeping together, but an emotional affair of the heart is still very much an affair.
Posted by Deborah Mello at 10:06 PM
Email ThisBlogThis!Share to TwitterShare to FacebookShare to Pinterest
Labels: Dear Debby