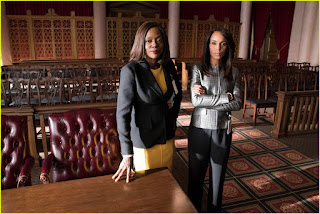 I hope Shonda Rhimes, Scandal’s creator and Peter Nowalk, the creator of How To Get Away With Murder, will continue to represent these women at their very best. I have no doubts about Kerry or Viola playing the hell out of the roles as they’re written. I just need the storytelling and the characters to continue to shine! I need them to keep representing the best of all black women!
Posted by Deborah Mello at 4:23 PM
Email ThisBlogThis!Share to TwitterShare to FacebookShare to Pinterest