FAR FROM BEING FIRST

This author gig is hard. The work involved is never-ending. There is no writing a story and just releasing it into the universe with your fingers crossed that it will do well. It becomes a never-ending cycle of telling a great story, staying relevant in a saturated marketplace and if you are an author of color writing romance, the inevitable fight to be respected and welcomed where you are too often told you are not wanted. For black authors every book is a fight for acceptance, to sit at the table and be treated fairly. But I speak for many of us when I say that we welcome that fight. Because we have stories to tell about characters who look like us. People of color who struggle and fight and love fiercely. 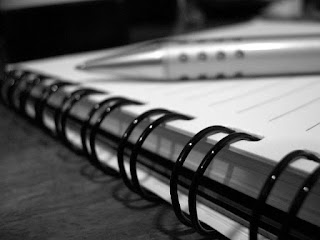 
Posted by Deborah Mello at 4:43 AM
Email ThisBlogThis!Share to TwitterShare to FacebookShare to Pinterest

Deborah Mello, I bow to thee. Well, well said my sister. Thank you.

Thank you so much for your strong heartfelt words Deborah. I have been an active reader and promoter for Black Romance Authors since 1999. I know for a fact that during these past 19 years I have met at least 75 authors who have wrote for Arabesque, the BET Books, Genesis Press, St. Martin's and of course Harlequin. It saddens me to hear this information you've shared about this Author whose name wasn't indicated. But I and many other readers who have been reading black romance as long as I have know the truth. I will continue to love, read and support you and all the others who have paved the way and still use their gifts to tell our stories. Stay blessed my friend.

Outstanding job Deborah Mello!The black women authors you mentioned started my path to forever reading and helping promote by word of mouth you ladies creative works. Francis Ray and Bette Ford series were some of the first to join my two BJ collections as well. Thank you for setting the record straight. Black romance writer fact not fake news.

Well said! Because the first books I read was by the authors you named. I love our stories told by our people.

Well said. If this nameless person was honest then all of the fore mentioned names would have been in her interview because there is no way this person has not read the ones that came long before her. I hate that she feels that boasting herself is the way to go and I hope she has the literary talent to stand behind her words. I salute and applaud you ladies for being my place of refugee from life. You are needed, celebrated and loved.

There are not enough hearts to LOVE this!!! Thank you, Deborah. #LiteraryShero ❤❤❤❤

Wow! I was actually stunned speechless for a second! I have been reading romance novels since 1995. I was 14 years old when my sister gave me a copy of Whispered Promises by Ms. Brenda. And since then I’ve been in LOVE. There are too many incredible men and women who bring our stories to light for her to not give them their due. So whoever this newcomer is, she needs to be humbled. And the sooner the better.

Nothing but class and that's why you're my book mama. I hope to be like you when I grow up!

The first rule of promotion is not to offend your future readers especially those who have fought hard for Black Romance.

Its not that hard to do a google search if you don't want to do serious research to make sure your facts are correct.

Check out SORMAG we've been promoting Black romance for 18 years and will continue until they stop writing them.

I'm a huge fan of This Is Us is portrays black love beautiful.

Love this article. The nameless author should have researched harder for the pioneers that continue to leave their mark.

Love this article. The nameless author should have researched harder for the pioneers that continue to leave their mark.

I love your books. I read in the recent A Stallion Dream that this is the last Kimani book. Who will be publishing your next books?